Housed in NYU’s department of Comparative Literature, the Comparative Approaches to the Literatures of Africa, the Middle East, and the Global South (CALAMEGS) Student Working Group seeks to complement the certificate program of the same name. We aim to incorporate methods that make the field of Comparative Literature less Eurocentric while also introducing more comparative paradigms to those working in area-based fields. We are bringing in four scholars: Eric Hayot (Penn State) Luis Othoniel Rosa (Nebraska University), Amal Eqeiq (Williams College) and Susan Stanford Friedman (University of Wisconsin-Madison) who are working on the connections between or within Africa, Asia, and Latin America. Our aim is to situate the Global South within a set of critical practices around the archive. By this, we mean the re-examination of cultural production and practices overlooked in other paradigms such as postcolonial studies and the generation of alternate, non-teleological futurities. However, we are also interested in critically examining the practices of knowledge production in academia as it relates to the Global South; How can we prevent Global South studies from being co-opted by the neoliberal academic establishment as a site of knowledge extraction? 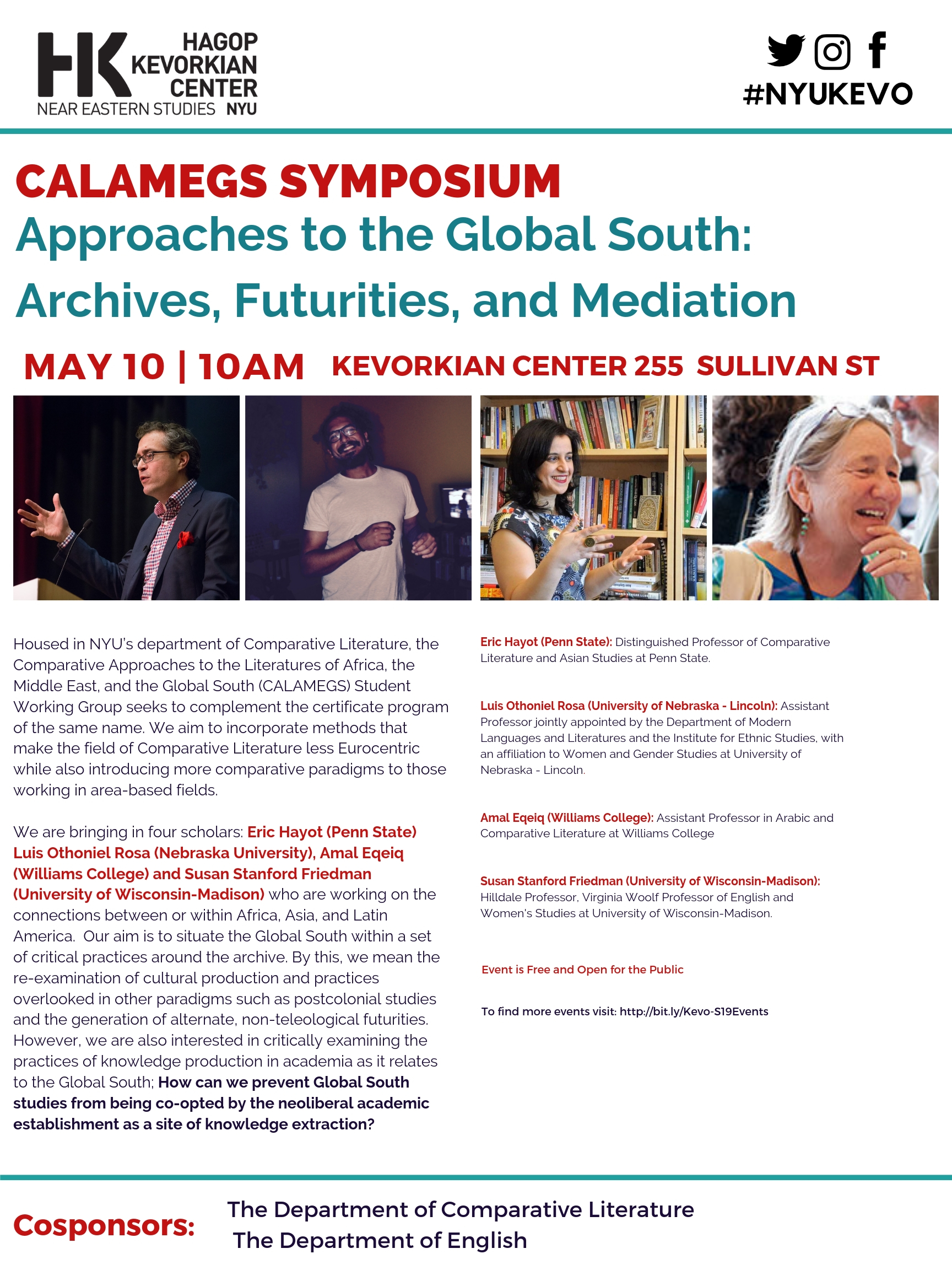 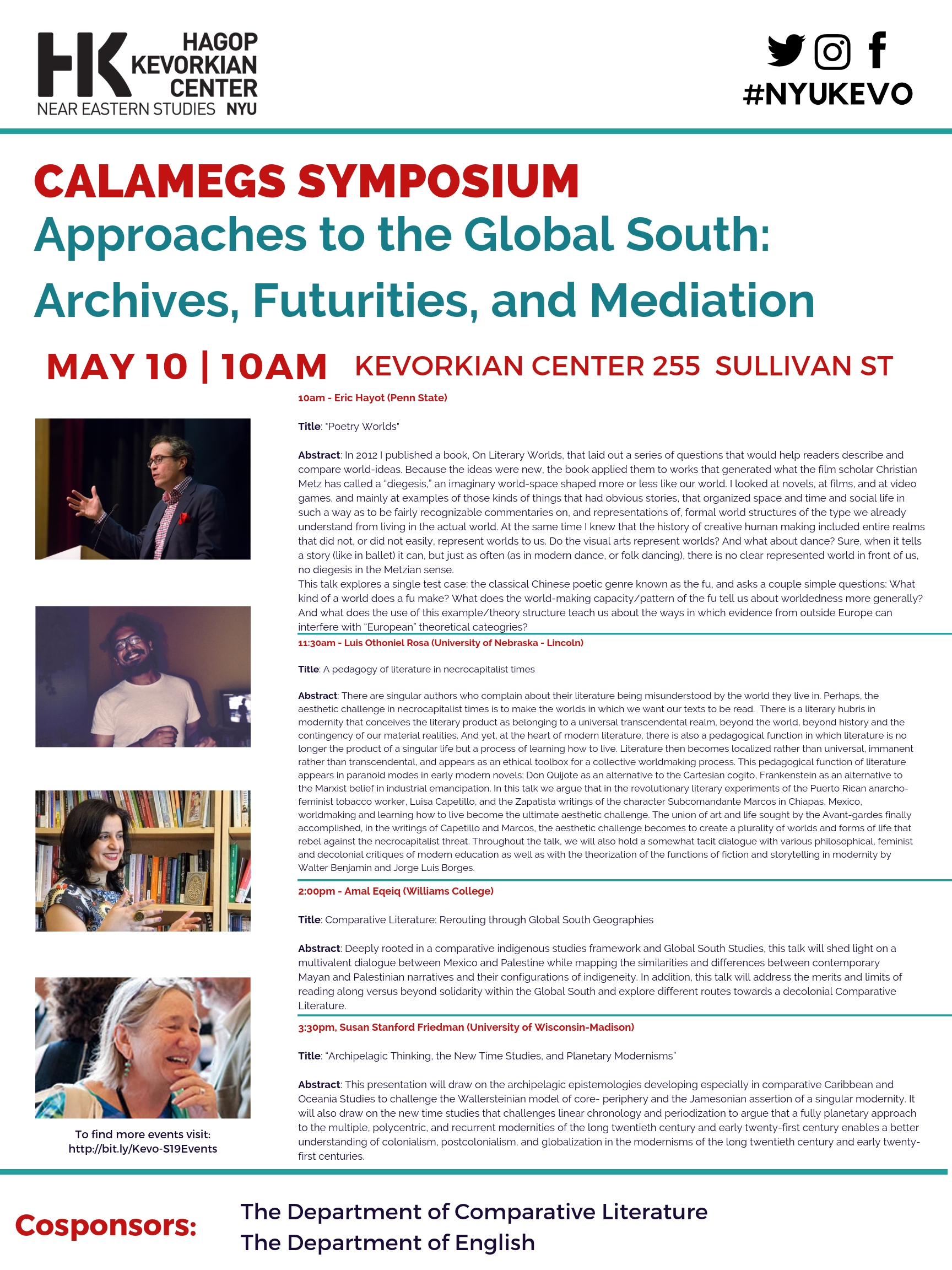