Nouri Al-Jarrah was born in Damascus in 1956. He attracted attention with his debut collection of poems, The Boy, published in Beirut in 1982, and has become an influential poetic voice on the Arab literary scene. Since 1986 he has lived in London, publishing 14 further collections, participating in literary festivals in the Arab world and internationally, as well as founding and editing a number of Arabic literary magazines. His poetry draws on diverse cultural sources, and is marked by a special focus on mythology, folk tales and legends. Selected poems are translated in a number of Asian and European languages, with some works published in French, Spanish and Farsi. A Boat to Lesbos--translated by Camilo Gómez-Rivas and Allison Blecker (Banipal Books, 2018)--is a powerful epic poem, written while thousands of Syrian refugees were enduring frightening journeys across the Mediterranean before arriving on the small island. 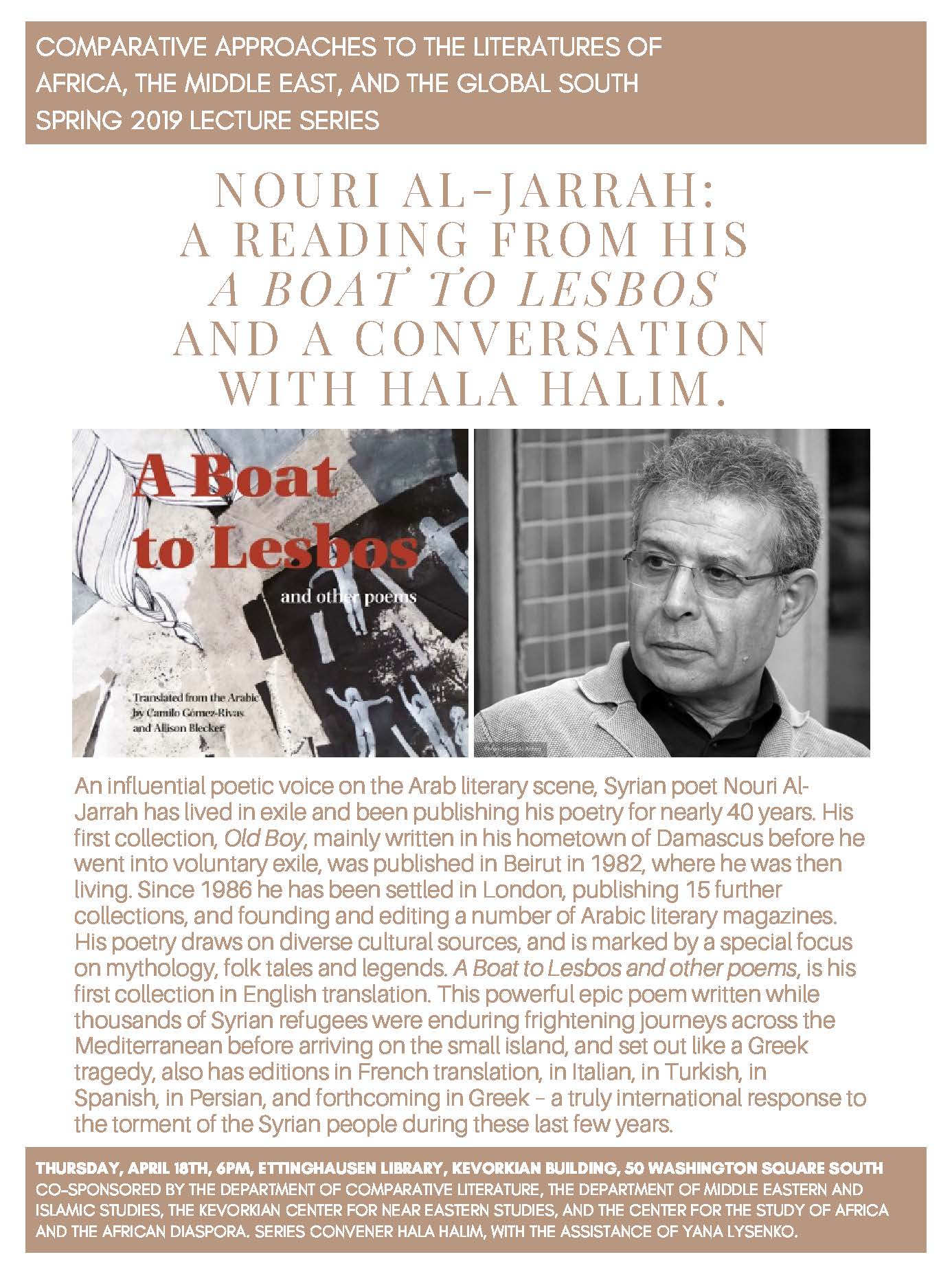