Lucia Re (Ph. D in Comparative Literature, Yale University) is Professor of Italian at UCLA who also holds an appointment in the Department of Gender Studies. Her principal fields of study and teaching are modern and contemporary literature and culture. Her interests include poetry and the novel, women writers and artists, feminist theory, modernism, futurism and the avant-garde, Italy, the Mediterranean and Africa, race studies, and literary translation. Her book Calvino and the Age of Neorealism won the 1992 Marraro Prize of the Modern Language Association. For the edition of Amelia Rosselli’s volume of poetry, War Variations (translated with Paul Vangelisti), she was awarded the 2006 PEN USA literary translation award, as well as the Flaiano Prize for International Italian Studies. A new bilingual edition of War Variations was published in 2016 (Otis Books), with a new critical introduction by Prof. Re (“Amelia Rosselli: A Life in Poetry”). Prof. Re has published more than eighty scholarly articles and essays on authors ranging from Gabriele d’Annunzio to Anna Maria Ortese and Amara Lakhous. Her study of contemporary arte povera artist Marisa Merz, entitled “The Mark on the Wall: Marisa Merz and a History of Women in Postwar Italy,” appeared in the volume Marisa Merz: The Sky is a Great Space, edited by Connie Butler (Munich: Prestel, 2017) and was published in conjunction with the 2017 Merz retrospective at the Hammer Museum in Los Angeles and the MET Breuer in New York. Her work on Italian modernism and Africa includes the essay “Italy’s First Postcolonial Novel and the End of (Neo)Realism,” a study of Ennio Flaiano’s 1947 novel Tempo di uccidere (A Time to Kill), published in the journal The Italianist, University of Cambridge, UK, 2017. 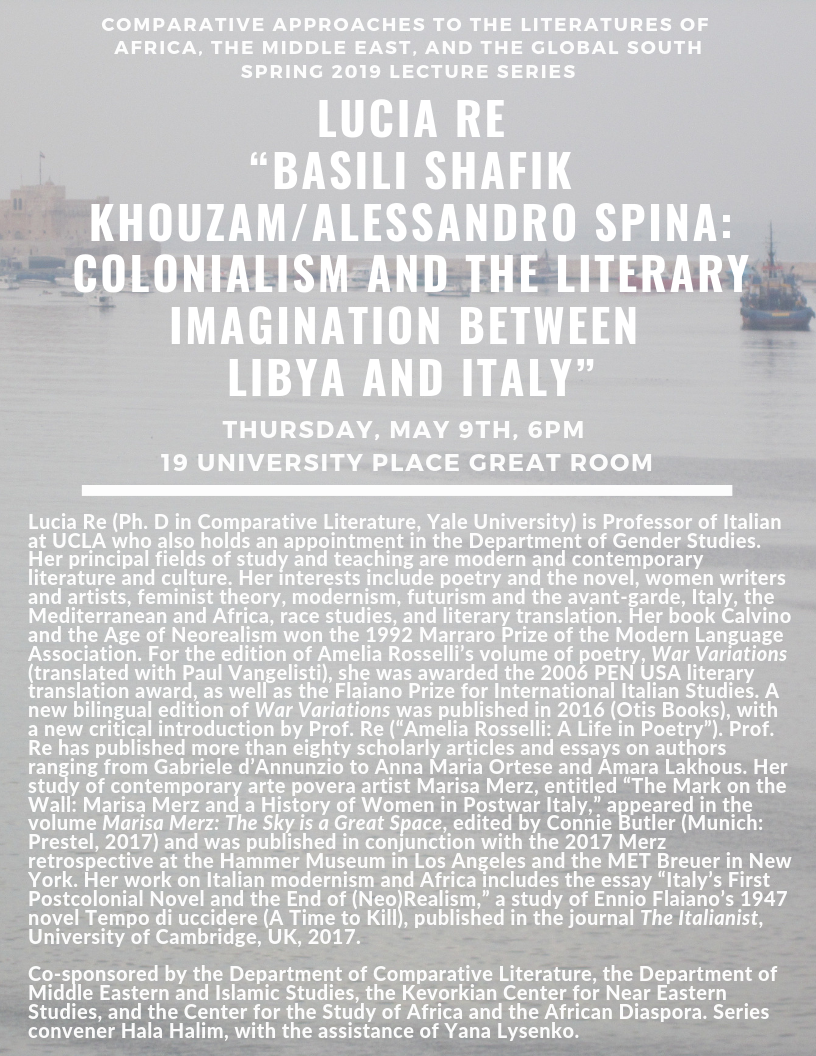