Christina E. Civantos is a Professor in the Department of Modern Languages and Literatures at the University of Miami (Florida, USA).  She holds a Ph.D. in Comparative Literature from the University of California at Berkeley and specializes in modern Hispanic and Arabic literary and cultural studies, with a focus on empire and postcolonial studies, nationalisms, the Arab diaspora in the Americas, and language ideologies.  She is the recipient of a 2010-2011 National Endowment for the Humanities (NEH) Fellowship for her work on the intersections between novels by Elias Khoury and Gabriel García Márquez. Her publications include numerous essays in academic journals as well as the books Between Argentines and Arabs:  Argentine Orientalism, Arab Immigrants, and the Writing of Identity (State University of New York Press, 2006) and The Afterlife of al-Andalus: Muslim Iberia in Contemporary Arab and Hispanic Narratives (State University of New York Press, 2017). This recent book examines Medieval Muslim Iberia as a tool for postcolonial critique in literary and filmic narratives produced in the 20th and 21st century Middle East, North Africa, Spain, and Argentina. Her main current research project is a connected cultural history of Cuba, Spanish North Africa, and Morocco that points to how coloniality and solidarity are intertwined. 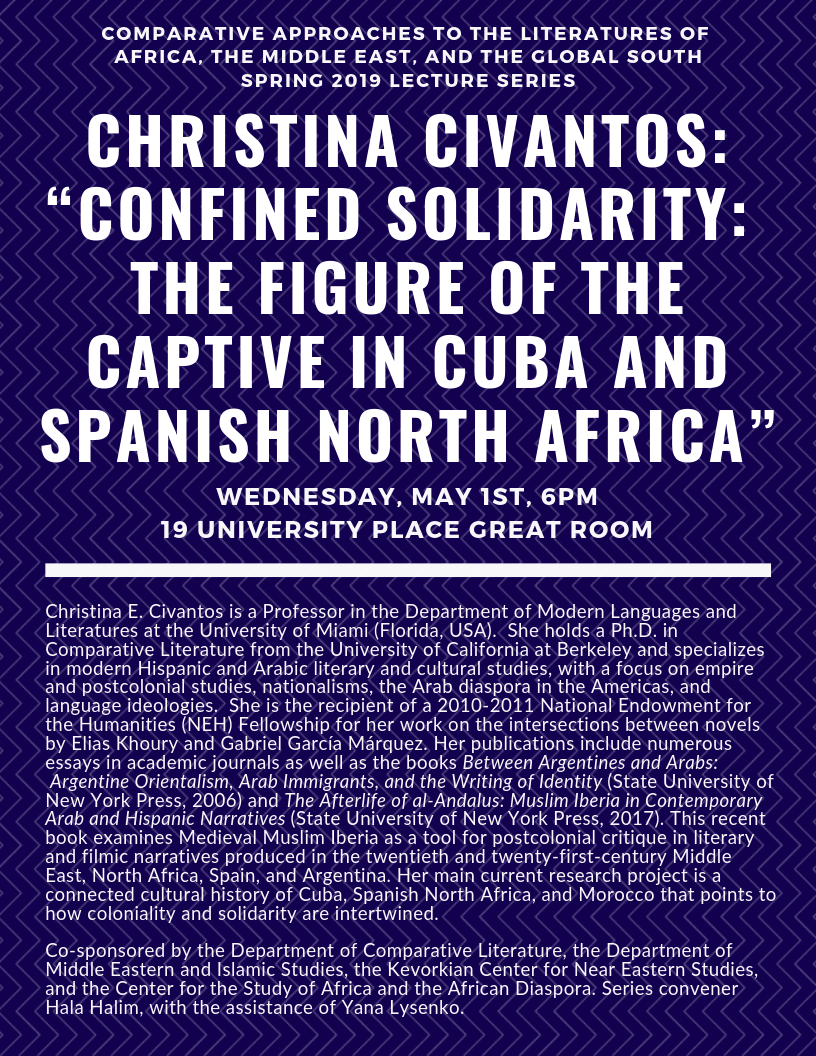