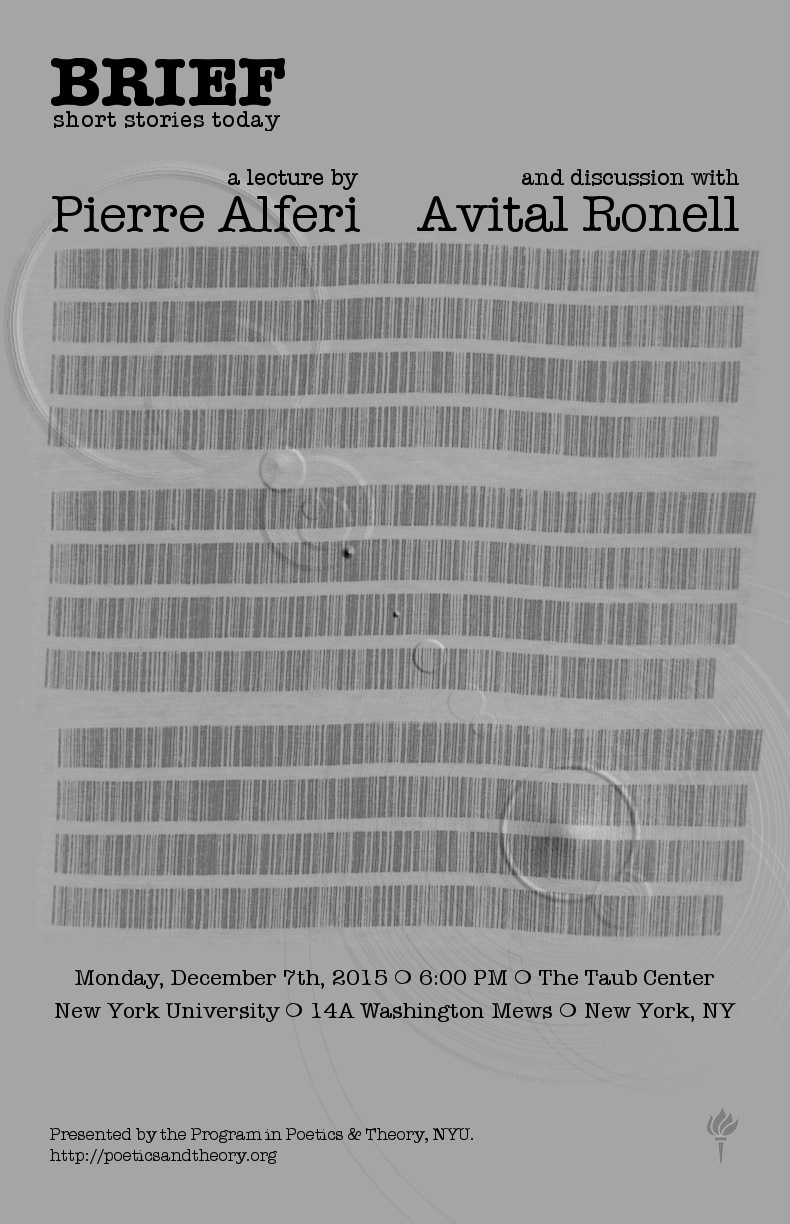 To address the contemporary vogue of “flash fiction,” “smoke-long stories,” and “twitterature,” Pierre Alferi will propose a brief genealogy of the rhetorical and literary virtue of brevitas, pausing in particular over the anarchist moment (1892-1914) when the three-line story was invented by Félix Fénéon and a new consciousness of historical change emerged.

Alferi argues that it was around that time that literary narrative first endeavored to embrace events of a more chaotic, unpredictable and elusive nature, consisting in sudden subjective shifts of traumas that defy both causality and finality. Mallarmé, for one, strongly stated that such events stand beyond the reach of journalism (reportage) and that they call for new forms of narrative. Of such forms, twentieth-century short and very short stories offer an array of examples.

Pierre Alferi is among the most innovative and critically acclaimed poets writing today. The author of over a dozen works of poetry, beginning with Les allures naturelles (P.O.L., 1991), and five works of fiction, including, most recently, Kiwi : roman-feuilleton (P.O.L., 2012), Alferi is also a visual artist, an esteemed teacher, and the translator of works by poets from John Donne to Louis Zukofsky, scholars such as Giorgio Agamben and Meyer Schapiro, and biblical texts.