Husserl and Shklovsky on Aesthetic Experience 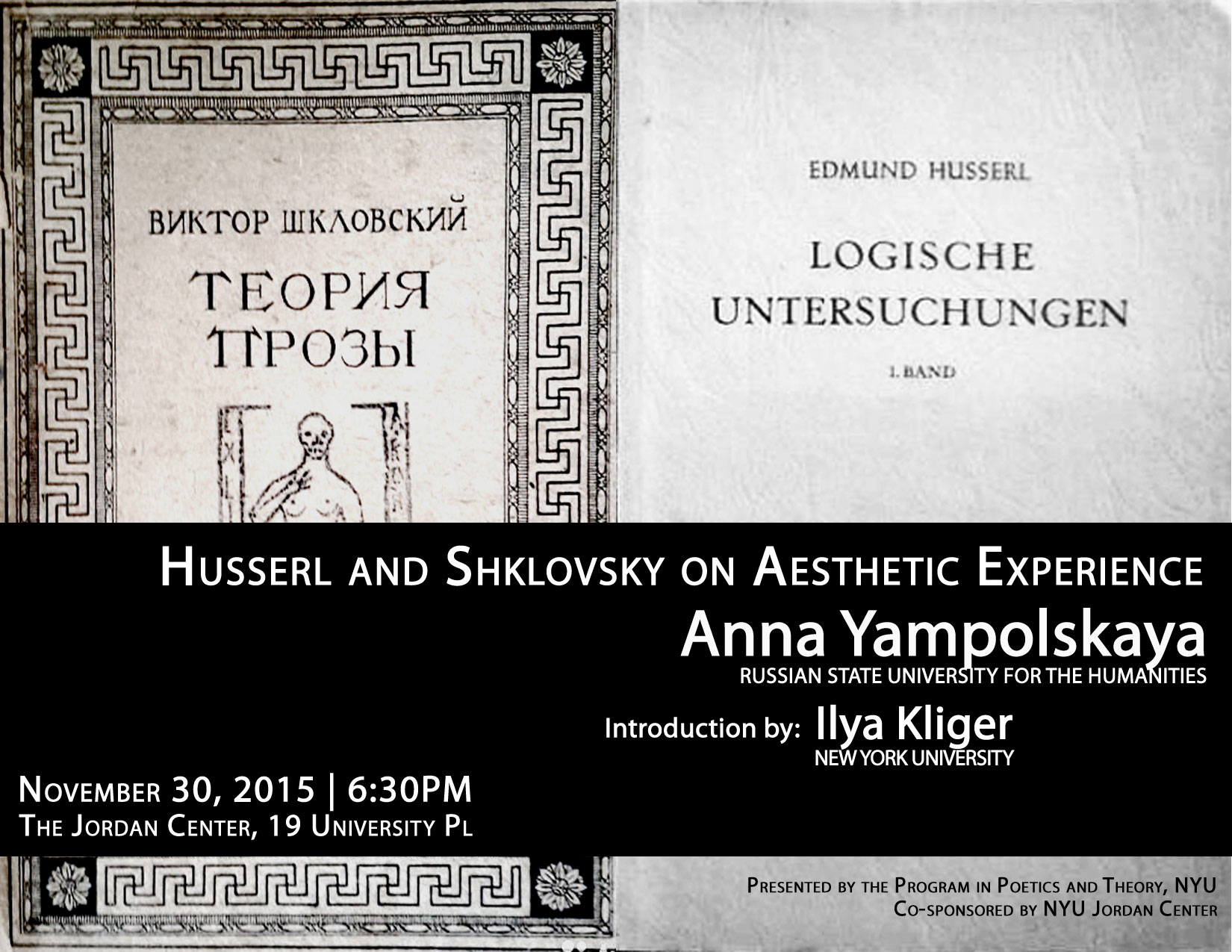 In his letter to Hugo von Hofmannsthal Husserl claims that aesthetic and phenomenological experiences are similar; in the perception of the work of art we concentrate on how the things appear to us instead of what they are. The work of art “forces us into” the aesthetical attitude in the same way as the phenomenological ἐποχή drives us into the phenomenological one. I will investigate further this parallelism between aesthetical experience and the practice of phenomenology using Viktor Shklovsky’s theory of “estrangement”. Estrangement is an artistic device or technique that breaks the routinized forms of perception: we are able to see or feel the thing as new and not just “recognize” it automatically. Shklovsky insists that we have to experience, to feel the form – in an affective and even sensuous way. Phenomenological reduction can also be described as a philosophical technique that aims to arrest the “ready-made”, “taken for granted”, “pre-given” meaning in order to access to a new meaning which is not yet stabilized. It is not enough to turn from what appears to how it appears; we have to oscillate between these conflicting positions, or rather to keep them both at the same time: thus we gain a kind of a 3D-vision of meaning in its becoming. This double life in two different attitudes can be clarified in terms of Roman Jakobson’s theory of antinomic coexistence between the poetical and practical functions of language.

Presented by the Poetics & Theory lecture series.
Co-sponsored by the Jordan Center at NYU.