Reading Dictatorships: Looking Back at the Postcolony 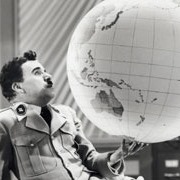 Reading Dictatorship: Looking Back at the Postcolony

A one-day symposium on dictators, dictatorships, aesthetics and politics

In the years since the end of the Cold War, the world has seen major structural shifts due to the rise (and fall) of global financial capital, the war on terror and the Arab Spring. How have these changes reconfigured the way we think about authoritarian regimes? Is the iconic figure of the dictator still relevant for thinking about dictatorship? This symposium considers the usefulness of “looking back” at dictatorships through an interdisciplinary perspective. What are the implications of reading and writing about past dictatorships in the present? Might the literature on—and of—dictatorships be an allegorical means of accessing contemporary problems of power and sovereignty? Can we talk of dictatorship literature as a narrative genre particular to the Global South? How have authoritarian political forms conditioned certain kinds of aesthetic practices, and what role do these play in thinking about (and beyond) dictatorship?

Sponsored by: The Humanities Initiative at NYU; Departments of English and Comparative Literature, The Anglophone Project, the NYU Postcolonial Colloquium