The Problem of Translation: A Dissertation Seminar in the Humanities

A five-session graduate seminar on the topic of “The Problem of Translation.” 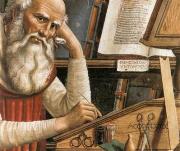 During summer 2012 (July 2-August 1) NYU Comparative Literature Professors Jacques Lezra and Emily Apter will conduct a seven-session graduate seminar on the topic of “The Problem of Translation.” Topics to be addressed include untranslatability, theologies of translation, translation across media, psychoanalytic translation (and transference); translation and the world canon, translational practice as a fulcrum of poetics and aesthetic theory.  Graduate students in any discipline whose dissertation projects touch upon translation—its theory, practices, and history—are invited to apply.  Between twelve and fifteen students who have completed and defended their dissertation proposal and have (minimally) begun drafting their dissertations will be awarded summer fellowships of $7,500 to attend. We welcome applications from students working in any discipline in which translation is an important conceptual problem, and whose dissertation topic explicitly and centrally treats the problem.

Each meeting of “The Problem of Translation” will be a day-long event, involving three related Components: discussion of a set reading, a lecture or workshop by an invited speaker, a distinguished scholar or translator, and presentations by the graduate seminar members of their ongoing work. (It may well happen that the reading selections for class discussion would be set in coordination with the outside speaker.)  A small stipend ($150) will be available to each student for purchasing books and materials to be used in the seminar.

Seminar Goals
* It will provide an intellectual framework, time and resources to students working on the problem of translation, whose dissertations may be significantly enriched and advanced practically and conceptually by the exchanges, readings and presentations.
* It will serve a broader disciplinary function: to shed sustained light on a topic of increasing but disaggregated interest to a number of humanistic fields; to set into conversation with one another scholars of the theory of translation, with working translators, and with scholars interested in the history of the practices and theory of translation.

Applications
Who should apply?
Graduate students who have completed and defended their dissertation proposal and have (minimally) begun drafting their dissertations.  We welcome applications from students working in any discipline in which translation is an important conceptual problem, and whose dissertation topic explicitly and centrally treats the problem.

What goes into the application?
Applicants should submit a brief letter of application that includes an outline of the research and writing the student will undertake in the context of the seminar, a c.v., a copy of their dissertation prospectus, a note from the Chair or Director of Graduate Studies of their department certifying that they are in good standing and have advanced to the dissertator stage, and a brief letter from the dissertation director endorsing the student’s participation in the seminar.

What is the deadline for applications?
Applications must be received by Dec. 15, 2011.  Notifications of awards will be made by January 15, 2011.

To what address should applications be submitted?
Applications should be submitted to this address:
Professor Jacques Lezra
Department of Comparative Literature
New York University
Room 303, 13-19 University Place
New York, NY 10003

Translation at NYU
New York University is particularly well suited to host this important scholarly project and conversation: translators knock knees here with theorists of translation, there are graduate programs in the practices and theory of translation, and the University has committed itself in recent months to major publication ventures in the field of translation.  And of course the city of New York is itself a sort of inexhaustible translation hub—commercial as well as intellectual.

The Seminar Leaders
Emily Apter and Jacques Lezra are scholars of literature and critical theory who focus their research and much of their teaching on the problem of translation.  Apter, Professor of French and Comparative Literature, published The Translation Zone: A New Comparative Literature in 2006 and edits the book series Translation/Transnation with Princeton University Press (founded in 1998 the series now has some fifteen titles to its list, many of them prize-winners).  Jacques Lezra, Professor of Spanish, English and Comparative Literature, in addition to authoring important articles on the theory and history of translation, is the award-winning translator of Paul de Man's classic Blindness and Insight into Spanish.  Apter and Lezra come to translation studies from complementary critical positions and chronologically quite different periods—Apter, from a formation in 19th, 20th and 21st century French, Francophone, English and American literature and criticism, Lezra, from a formation in the European literary and philosophical traditions of the 15th through the late 17th century.  Together (along with Michael Wood, Professor of English and Comparative Literature at Princeton) they are supervising the translation into English of Barbara Cassin’s monumental Vocabulaire Européen des Philosophies: dictionnaire des intraduisibles (Paris: Editions du Seuil, 2004), which will be published by Princeton University Press.  Each of them is currently beginning work on a book about translation: Apter, a book tentatively titled Against World Literature? The Politics of Untranslatability in Comparative Literature; Lezra a book titled The Indecisive Muse: Translation and Lexical Culture in European Modernity.
Show All Show Less