Rubén Ríos Ávila is Professor and Chair of the Department of Comparative Literature at the University of Puerto Rico, where he teaches literary theory, the work of Jacques Lacan, Queer theory, and Latin-American literature and film.
He is author of La raza cómica: del sujeto en Puerto Rico and of Embocadura, as well as numerous articles on Puerto Rican and Caribbean literature. He was for a number of years the literary reviews editor for the newspaper El Mundo, and served as the cultural critic for the TV program Cultura Viva; he coordinates the TV program EnCinta, a forum for film discussion and criticism. Ríos Ávila's journalism and critical work have been widely recognized. He has been awarded prizes by the Instituto de Literatura and the Pen Club. 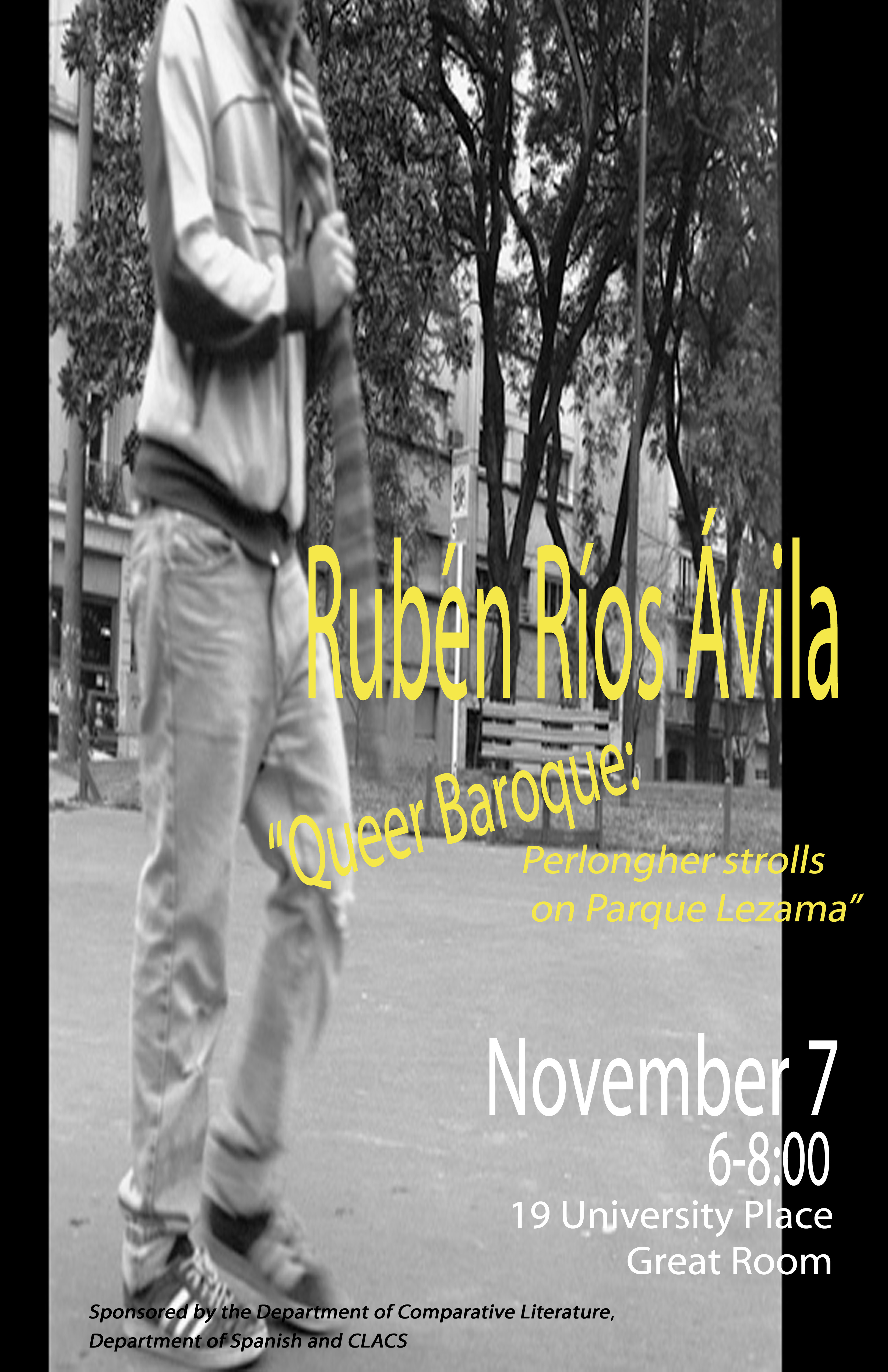