For the second installment of CompLit in Conversation, Daniella Gitlin interviewed Mariano Lopez Seoane - Visiting Assistant Professor at the Department of Comparative Literature. Mariano López Seoane is currently Director of the Master’s Program in Gender and Sexuality at UNTREF in Argentina, where he has been teaching since 2013. He also teaches Latin American literature, cultural studies, and queer studies at NYU Buenos Aires. After completing a BA in History at the University of Buenos Aires, Mariano moved to NYC to study at NYU, where he earned a Master’s Degree in Latin American Studies from CLACS and a PhD in Latin American Literature from the Department of Spanish & Portuguese. He has written mostly on contemporary Latin American literature and arts, with particular interest in the cultures of sexual and gender dissidents in the Americas, Latin American instances of queer studies and queer activism, and figurations of drug culture and drug related violence in Latin American narrative, film and visual arts.

Find out more on Mariano HERE and read his conversation with Daniella in English translation or the original Spanish below!

Daniella: Can you tell us a bit about your work prior to coming to NYU?

Mariano: Of course. As you know, I studied at NYU and finished my PhD in 2010. Over the past ten years, I’ve been mainly in Buenos Aires, travelling intermittently to NYC and maintaining a critical dialogue with the Spanish Department at NYU. In Buenos Aires, my work varies quite a bit and is carried out on several fronts. First and foremost, I’m a teacher: I teach Latin American Studies and Queer Theory at NYU and classes on contemporary Latin American art and literature at UNTREF. At the latter university I’m also a researcher and the director of the Master’s Program in Gender Studies and Politics, which I helped to found. Outside of the academy, I have built relationships with museums, where I’ve also taught classes, organized events, and curated various activities. I have a very close and fluid relationship with the contemporary art world in Latin America. I’ve also worked in translation: I believe translation work plays a central role in our critical practice, especially nowadays. And particularly in Latin America, where most critical debates have been shaped for centuries by what was “imported” from Europe and the United States. I have often engaged in my critical work with what Roberto Schwarz calls “misplaced ideas,” that is, concepts and theories that originate in France or Germany and relocate in Latin America, suffering critical, and enabling, adjustments. Among these dislocated concepts, I have been particularly interested in political categories appropriated by different communities, like for instance “gay,” “queer,” and “trans.” Hence my work on the circulation of “universal” identity categories in different local activist contexts, and their (mis)use by Latin American queer activists and artists. Finally, I’ve always loved bringing new conversations to bigger audiences, and that’s why I publish essays in non-academic magazines and periodicals; it gives me the opportunity to practice another language and engage in dialogue with other communities.

Daniella: What has it been like to join a department as a visiting professor without seeing people in person?

Mariano: Well, it’s been strange, just like everything we’ve lived through in the last few months of this long year that began in 2020. Eric Hobsbawm stretched out the 19th century to last 125 years. I think we’re going to have a 2020 that lasts 24 months at a minimum… The experience in the Comp Lit department has been interesting, I’ve enjoyed it very much. I of course miss the possibility of crossing paths with people in the hallway, chatting briefly, grabbing a coffee with a colleague… those kinds of accidental encounters that allow us to cultivate elective affinities… All of that seems to have decreased dramatically, as we know, but I’ve still managed to see a few colleagues in person, and have had productive conversations with them… The situation is what it is, but the truth is that I’ve felt very welcome in the department. I’ve been lucky to be in good touch with students—those in my classes as well as those who have come to me looking for some kind of guidance or who have participated in the event series that I organized.

Daniella: What specifically inspired the series that you've curated on The End of the World: Thinking from Latin America?

Mariano: Those of us who come from Latin America or the Global South in general share a feeling of frustration, I think, regarding the manner in which we are understood, read, and heard in the North. I’m generalizing, of course, but in broad strokes you could say that over time a certain way of listening, seeing, and reading “the Latin American” has been solidified, a way which definitively categorizes us and limits us, thus impoverishing the possibilities for dialogue and exchange. The most well-known Latin American intellectuals, with some exceptions, are listened to in the North as purveyors of historical examples, concrete cases, testimonies of experience, etc., which are generally processed and theorized somewhere else. It’s as though thought and conceptualization have always taken place elsewhere, and we have been reduced to providing validation or refutation of theories that have been formulated in metropolitan centers. In a way, we continue to be encapsulated in the position of the “native informant” that Gayatri Spivak described so well. Of course, in recent years, significant efforts have been made to dismantle these structures—which are not easy to dismantle because they are embedded in a long-standing colonial logic that exceeds the realm of thought—and I personally thought of this series of events as a small contribution to that movement. That’s why, starting with the title of the series, I’ve wanted to foreground both that Latin America produces thought, concepts, and critical interventions, and also that many of these interventions can offer us keys to thinking about the world in a state of catastrophe.

Daniella: How did you decide on the topics for each event?

Mariano: So, with respect to what I was saying before, I want to add that Latin America and the North differ in the ways that thought and conceptualization take place. That is: thought, concepts, often appear where no one is looking. And right now it happens that the most radical ideas and the most transformative concepts are not necessarily showing up in the academy or in the traditional realms of thought, but rather manifesting in artistic practice, in literary writing, in activism, in film… That’s why I thought of inviting people who I consider “thinkers” or “intellectuals,” but not necessarily in the academic, institutional sense. That’s why I wanted to have one conversation that had to do with what’s produced in art, another one about the transformations that the massive feminist movement is sparking in the streets of Latin America, and a third on how to think about the conditions of the present from the perspective of literature, and more specifically literature written by women.

Daniella: What, if anything, do you think is gained or lost through having these particular events online?

Mariano: What’s lost is what I mentioned earlier: the possibility of making chance connections, of affinities appearing and being enriched, of the meeting of bodies in a single space producing that whole that is more than the sum of the individuals… that collective thought that Emile Durkheim wrote about. But other things are gained, of course, like the possibility of gathering people who are in different parts of the world and being able, in that way, to bring the reality of their situated experience to the conversation… What I mean is: if we had done these panels live in NYC, the connections and alliances may have been more intense, but the conversation most likely would have been limited to the academic circle of NYU…  These events are being attended by people in Brazil, Mexico, Argentina, Spain, Germany, and Turkey, to list a few of the countries that were mentioned in the Zoom chats.

Daniella: Has your thinking on these topics changed since the series began? If so, in what way(s)?

Mariano: I don’t think it’s changed. Rather, the series has allowed me to verify that the decoding and typecasting structures that I was talking about earlier are very difficult to shake. Inés Katzenstein, one of our guests at the first panel, who is a curator at MOMA, explained very clearly that there are areas of Latin American art that are illegible to the contemporary art world. Why? Because that world already has a preconceived idea of ​​what Latin American art is or should be. So what happens is that artists whose practices or creations do not fit with those preconceptions are not included in exhibitions or catalogues. This is something that happens, for example, with certain art from the Southern Cone that has a very conceptual imprint and that is not so clearly distinct from art produced in the United States or Europe. That art doesn’t fall into the default grid. To put it a bit brutally: an artist who proposes subtle conceptual interventions is not as clearly "Latin American" as an artist who gives an account in their work of what conventionally represents us; namely: wild nature, racialized populations, the historical trauma of conquest or dictatorships... If artists, or writers, do not come to bear witness to those horrors or excesses; in short, if they do not embody a certain recognizable modality of "barbarism", they are not recognized as Latin American and it is difficult for them to enter into the dialogue of international art.

Daniella: Is there anything else you'd like to add?

Mariano: No! I think I’ve already said too much. I simply want to invite those who are reading this to join the next conversation on Thursday, April 29th, at 5pm. It’s a luxury and a pleasure to have brought together Mariana Enríquez and Lina Meruane, two fantastic writers who come from different traditions, and to have the opportunity to ask them about the current state of writing from Latin America, and its impact on the broader world of literature and thought. 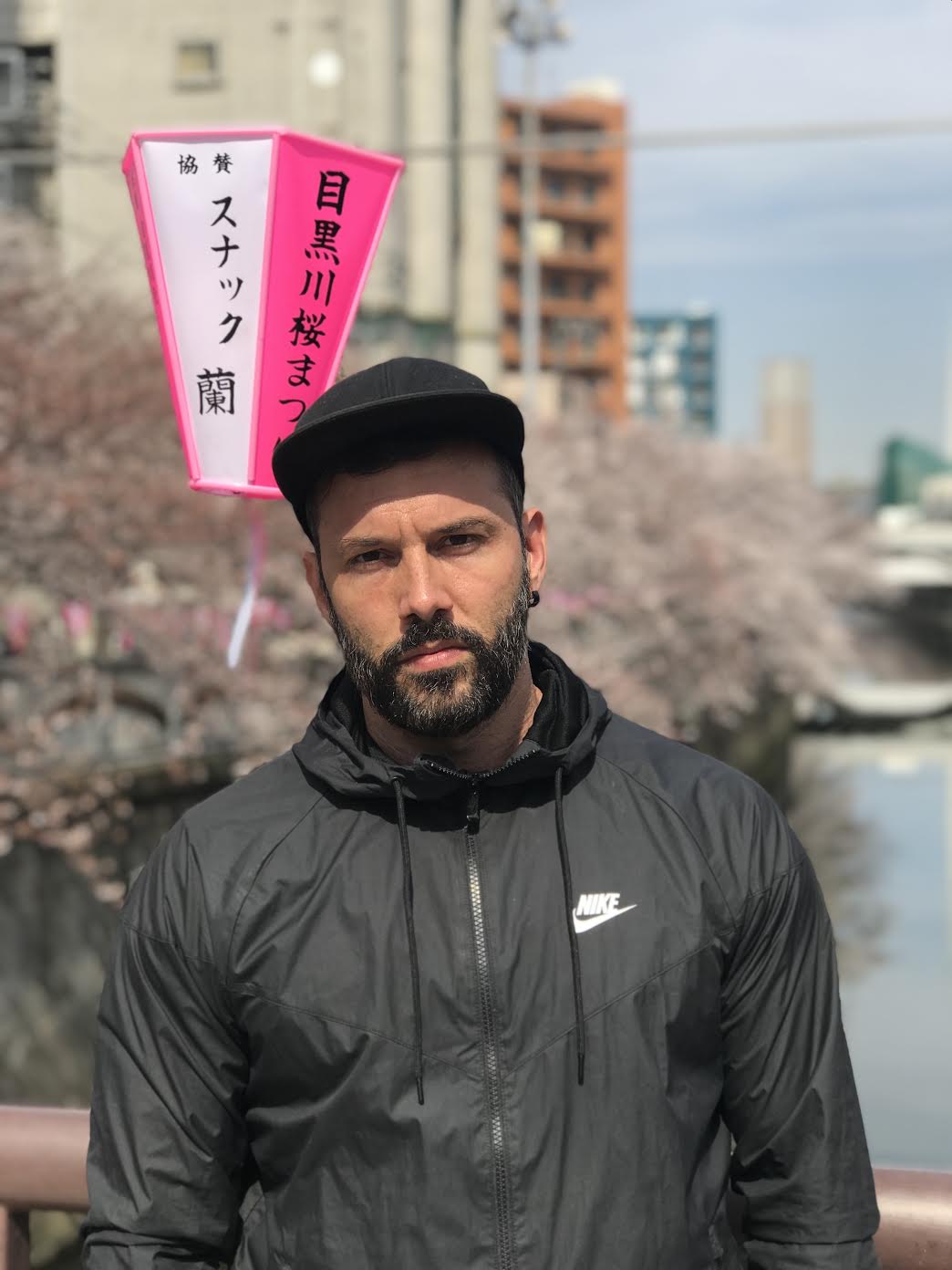 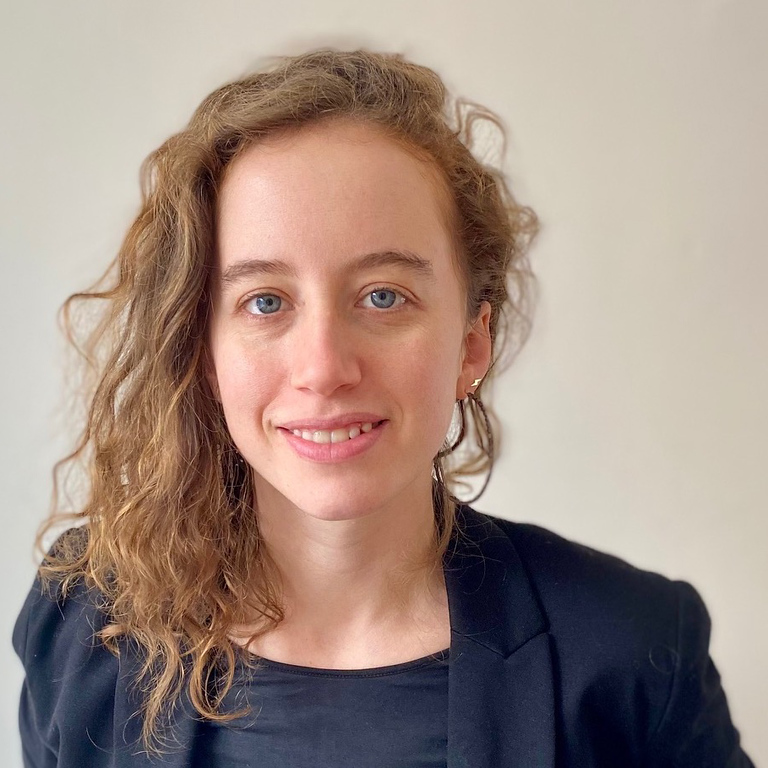