We look forward to welcoming Mariano López Seoane as Visiting Professor in Comparative Literature for the upcoming academic year.  Mariano will offer a mix of undergraduate and graduate courses contributing to our Latin American curriculum and will work closely with all our graduate students on a number of events and projects related to contemporary Latin American art, film, queer studies and critical theory.  Please see below for more details and feel free to be in touch with Mariano directly with thoughts for future programming, including in CALAMEGS, Poetics & Theory, and the Film and Media Certificate. 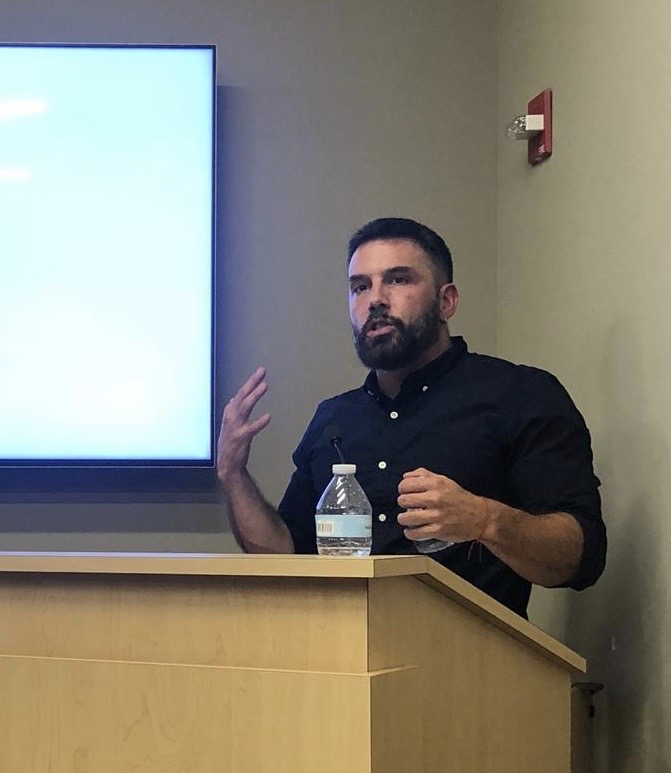 Mariano López Seoane is currently the director of the Master’s Program on Gender and Sexuality at UNTREF in Argentina, where he has been teaching since 2013. He also teaches Latin American literature, cultural studies and queer studies at NYU Buenos Aires. After completing a BA in History at the University of Buenos Aires, Mariano moved to NYC to study at NYU, where he earned a Master’s Degree in Latin American Studies from CLACS and a PhD in Latin American Literature from the Department of Spanish and Portuguese. He has written mostly on contemporary Latin American literature and arts, with particular interest in the cultures of sexual and gender dissidents in the Americas, Latin American instances of queer studies and queer activism, and figurations of drug culture and drug related violence in Latin American narrative, film and visual arts. His dissertation El encanto de lo importado: transacciones intelectuales en la formación de una cultura periférica studies a series of trans-Atlantic scenes in which relations of cultural dependency are constructed, contested and reshaped. Updating and re-contextualizing the long tradition of Dependency Theory in Latin American cultural studies, it explores the specific contexts in which foreign ideas and sensibilities are transported and disseminated, showing how the oppressive colonial structures can sometimes work as conditions of possibility for intellectual work and artistic endeavor that is critical, oppositional and even subversive.

Professor López Seoane is the editor of Los mil pequeños sexos (EDUNTREF, 2019), a volume assembling the most urgent critical voices in Latin American queer studies, and co-editor of Saberes subalternos (EDUNTREF, 2020), a collective study of the political and artistic reactivation of subjugated knowledges in the history of Latin America. He has published essays and articles in newspapers and magazines in Latin America, Europe and the US. In 2017 he published his first novel, El regalo de Virgo (2017).