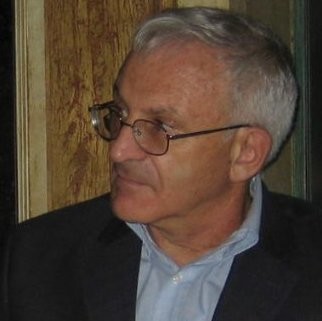 After graduating from Harvard, concentrating in Chemistry and Physics, I obtained a PhD degree from Rockefeller University in neurophysiology and biophysics under the supervision of H.K. Hartline. Hartline received the Nobel Prize for Medicine and Physiology a year after I arrived in his lab. My PhD thesis was about the random firing rate of eccentric cells in the eye of the horseshoe crab, Limulus. After the PhD I went to Northwestern University with a Helen Hay Whitney Postdoctoral Fellowship to work with Christina Enroth-Cugell on cat retinal ganglion cells. The second half of the Whitney Fellowship was spent at Cambridge University in the labs of Fergus Campbell and John Robson, studying with David Tolhurst how humans detect edges.

In 1972 I returned to Rockefeller as Assistant Professor, and then Associate Professor, investigating parallel processing of visual signals in the retinas of many different vertebrates: cats, eels, frogs, monkeys. Worked at Rockefeller with Shaul Hochstein, Jonathan Victor, Norman Milkman, Ehud Kaplan, Yuen Tat So, Jim Gordon, Keith Purpura, and Clay Reid, among others in the Biophysics Laboratory. One happy memory from those days is when I received a MacArthur Fellowship, in 1986.

Moved on in 1987 to the NYU Center for Neural Science where I have studied the primary visual cortex (V1) and visual perception with colleagues Mike Hawken, Dario Ringach, Michael Sceniak, Isabelle Mareschal, Elizabeth Johnson, Andy Henrie, Dajun Xing and Chun-I Yeh. Our ultimate goals are to relate neuronal activity in the visual cortex to visual perception and also to use V1 as a model system that reveals fundamental processes of the cerebral cortex. To achieve the second goal I helped construct several different large-scale cortical models with Courant Institute Professors David McLaughlin and Michael Shelley with postdocs Jim Wielaard, Louis Tao, Wei Zhu, and with I-Chun Lin and Dajun Xing. 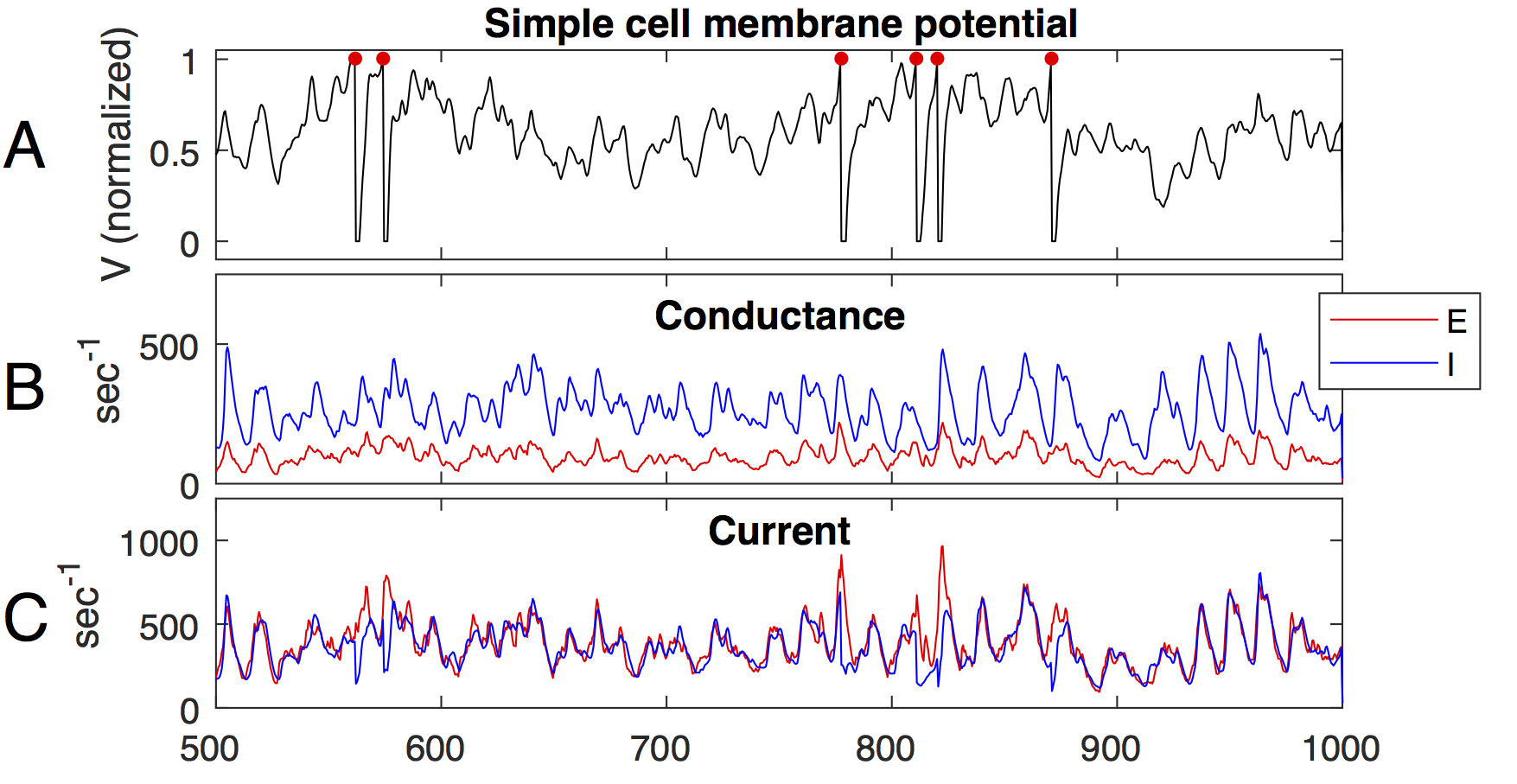 More recently, Courant Professor Lai Sang Young and I, together with Logan Chariker, built a new, more realistic model of V1. We are using the new model to understand synchrony and the nonlinear dynamics of V1, orientation and spatial frequency selectivity, and contrast response. The figure shows membrane potential, membrane currents and conductances in a model cortical cell and illustrates how inhibitory and excitatory synaptic currents are balanced almost at all times except when excitation breaks free to evoke spikes. 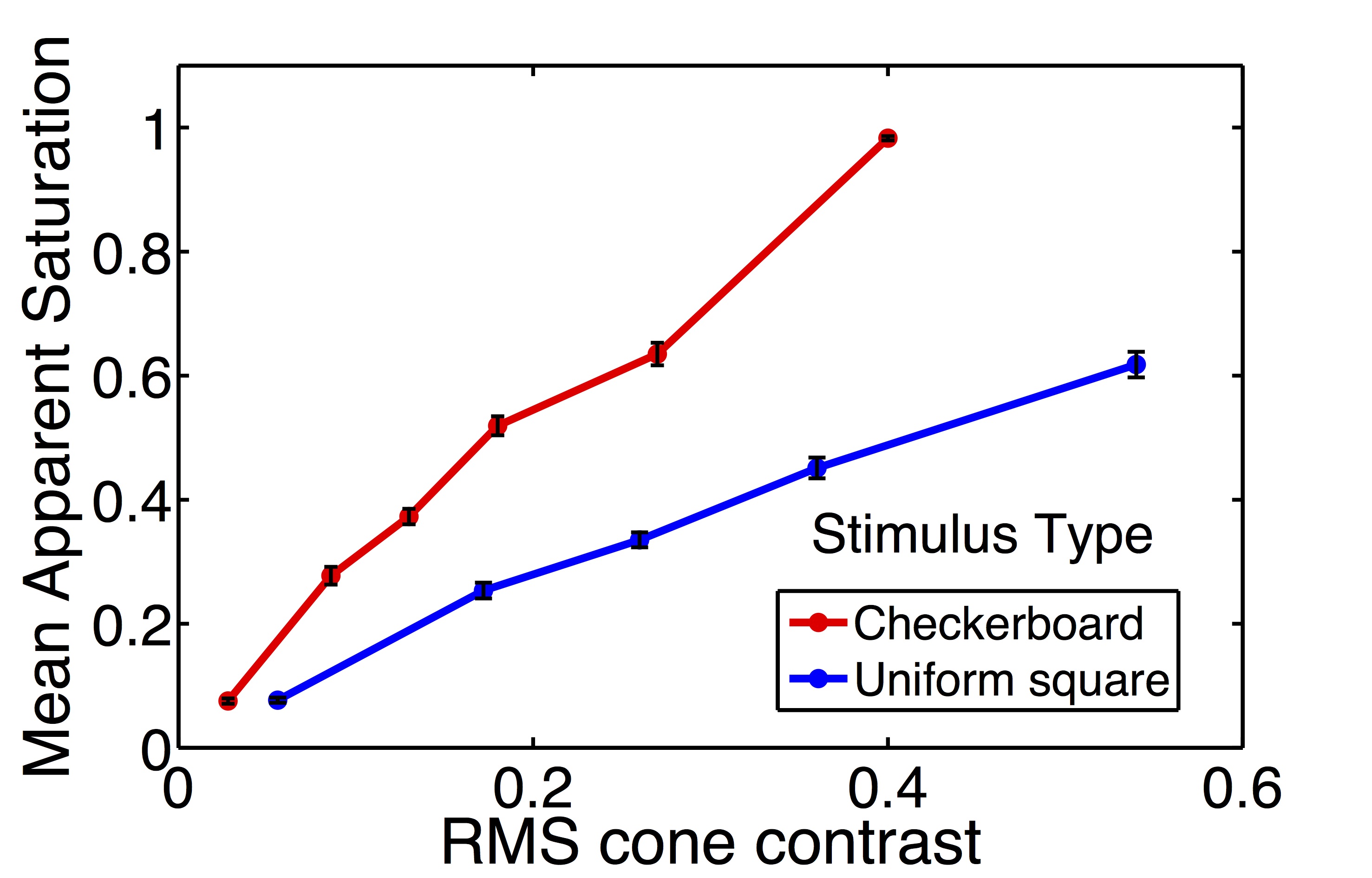 Another line of present research is about color perception and color's representation in the human visual cortex. Hunter College Professor Jim Gordon, Dr. Valerie Nunez and I found that the cVEP, the color visual evoked potential, and perception have a very similar dependence on the spatial pattern of color. The figure shows an important result that perceived color of a color pattern is greater than for large uniform region of color, implying that color perception depends on the activity of double-opponent cells in V1 cortex.

Johnson EA Hawken MJ and Shapley RM (2001) The Spatial Transformation of Color in the Primary Visual Cortex of the Macaque Monkey. Nature Neurosci 4: 409-16.