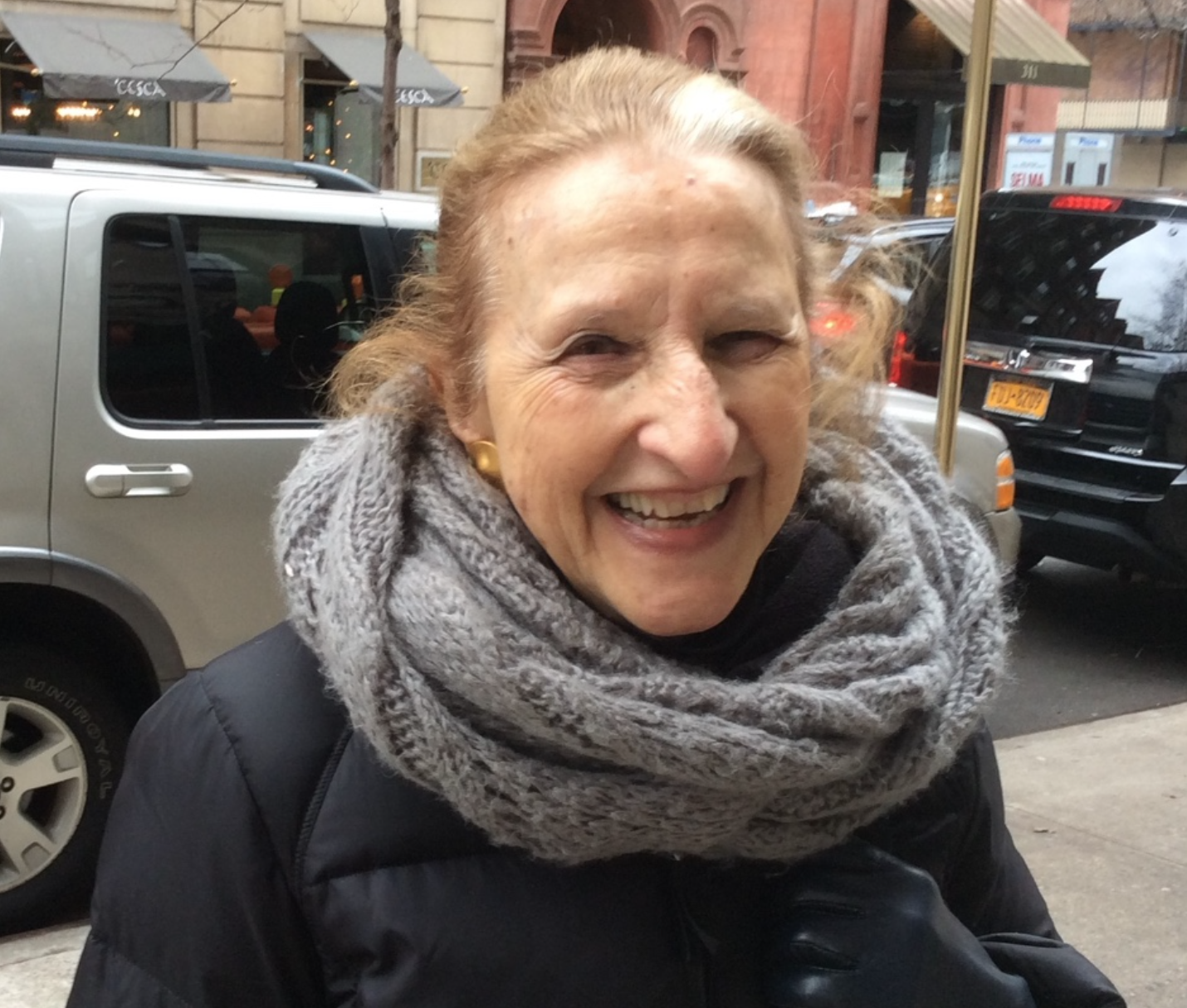 NYU, and indeed the international world of classical scholarship, was deeply saddened to learn of the passing of Larissa Bonfante on August 23 of this year (2019) at age 88.

Larissa achieved her greatest fame as a student of Etruscan art, language, and culture, having learned much of their mysterious ways from her father Giuliano Bonfante, himself a noted scholar of Indo-European linguistics, as well as the son of Pietro Bonfante, a renowned scholar of Roman law. These three, and various other members of the Bonfante family, are now the subjects of a new book, I Bonfante. Una storia scientifica italiana. Larissa was also well known for her work on Roman dress, as well as undress, having written several works on nudity as costume in the ancient world. Her interests, though, ranged even more widely still, encompassing, for example, the Roman triumph, barbarians, and the tenth-century Hrotswitha of Gandersheim, whose plays she translated together with her daughter, Alexandra.

Larissa was born in Naples in 1931, the very year that her father, an ardent anti- fascist, fled Italy with his family. While Giuliano fought Franco in Spain, Larissa went to school in Geneva. By 1939 the family had arrived in Princeton, where she grew up. She held degrees from Barnard, Cincinnati (MA), and Columbia (PhD). Although she kept her rent-controlled apartment in Morningside Heights, which she filled with books, good company, and cats, her academic home was always downtown, in the Classics Department at NYU, where she remained until her retirement, having along the way won NYU’s Golden Dozen Teacher’s award in 1987. Larissa was always astonishingly lively and continued to be so right up until the very end. Only days before her death, she was still shepherding her beloved “Etruscan News” and was hard at work on the penultimate version of her Jerome Lectures; moreover, she was still attending department events and talks, where her pointed questions on matters far beyond her immediate interests gave many a visiting lecturer pause. People were quick to recognize her as almost single-handedly responsible for creating a community of Etruscan scholars in the United States and as a leading influence on a new generation of American scholars who have given the field a remarkable vigor and prominence in the past forty years.

Her colleagues in the Classics Department also knew her utter and absolute devotion to our undergraduate students especially. Larissa functioned as a kind of surrogate mother to many generations of Classics students at NYU. She guided their Classics Club, led them in productions of ancient drama, and she mentored them regardless of whether they were in her courses or not, keeping them spellbound by putting the various objects in the department’s collection of antiquities into their hands, so that these students could, in a quite literal sense, feel the ancient world.

How to sketch a final portrait? Larissa Bonfante was a scholar and a teacher whose talents and achievements earned her universal applause. Here, though, on the fifth floor of the NYU Silver Center, she was appreciated perhaps even more as a person of great humanity who was able not only to laugh heartily, but also to listen, to advise, and to console when necessary. Larissa is sorely missed by all of us in the Classics Department at NYU, but her legacy, which consists in a multitude of inspirational memories, abides. Dormias Larissa sine cura.