This event is limited to NYU Students, Faculty, and Staff only. NYU ID and Daily Screener Required.

Join us for a lecture by Prof. Jean-Frédéric Schaub’s on his book "Race Is about Politics: Lessons from History" (Princeton University Press, 2019). Followed by commentaries on Prof. Schaub’s book from Edward Berenson, Ada Ferrer, Rebecca Goetz, and Nikhil Pal Singh from the NYU History Department.

Co-sponsored by NYU History Department, Center for Latin American and Caribbean Studies, Institute for French Studies, and the Hemispheric Institute at NYU.

Racial divisions have returned to the forefront of politics in the United States and European societies, making it more important than ever to understand race and racism. But do we? In this original and provocative book, acclaimed historian Jean-Frédéric Schaub shows that we don’t—and that we need to rethink the widespread assumption that racism is essentially a modern form of discrimination based on skin color and other visible differences. Drawing on historical research from the early modern period to today, Schaub makes the case that the key turning point in the political history of race in the West occurred not with the Atlantic slave trade and American slavery, as many historians have argued, but much earlier, in fifteenth-century Spain and Portugal, with the racialization of Christians of Jewish and Muslim origin. Challenging widespread definitions of race and offering a new chronology of racial thinking, Schaub shows why race must always be understood in the context of its political history.

Jean-Frédéric Schaub teaches at the School for Advanced Studies in the Humanities and Social Sciences (EHESS) in Paris. He is the author of numerous works on late medieval and early modern Iberia, Europe, and their Atlantic colonies. He has held a Global Distinguished Professorship in the History Department and was Chair of Spanish Culture and Civilization at the King Juan Carlos Center of New York University.

Edward Berenson teaches European history in the History Department and the Institute of French Studies at NYU. His latest book is The Accusation: Blood Libel in an American Town (W. W. Norton, 2019).

Ada Ferrer is Julius Silver Professor of History and Latin American and Caribbean Studies at NYU. Her latest book is Cuba: An American History (Simon and Schuster, 2021).

Rebecca Goetz is teaches Atlantic history at NYU. She is the author of The Baptism of Early Virginia: How Christianity Created Race (Johns Hopkins University Press, 2012).

Nikhil Pal Singh teaches United States history in the History Department and the Department of Social and Cultural Analysis at NYU. His latest book is Race and America’s Long War (University of California Press, 2017). 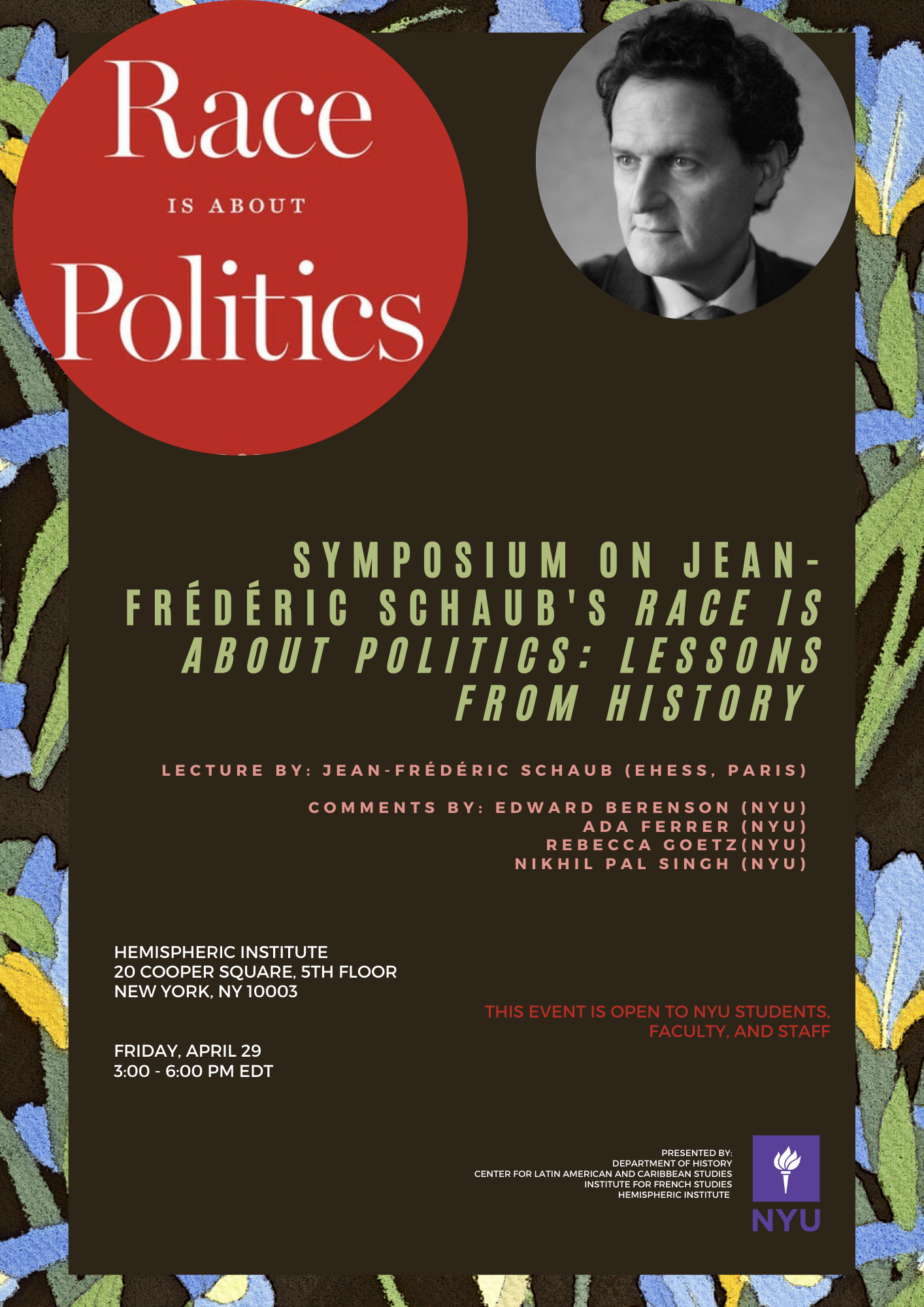