In this session by Deborah Ekoka, a community reflection is proposed on a selection of literary works written by black women, both Afro-Spanish and from other parts of the world.

In this sense, Deborah Ekoka invites us to understand how these writers have changed an area led by a subject: the white man; and an epistemology: patriarchal Eurocentrism. Likewise, she will talk about the work of some black authors, in order to broaden the community reflection on whiteness.

Deborah Ekoka: Cultural manager. Coordinator of United Minds, a bookstore specialized in Africa. Co-organizer of the festivals Conciencia-Afro in Madrid and Black Barcelona in Barcelona. Editor of "Metamba Miago. Stories and knowledge of Afro-Spanish women". She gives talks and workshops on Afro-Spanish culture. 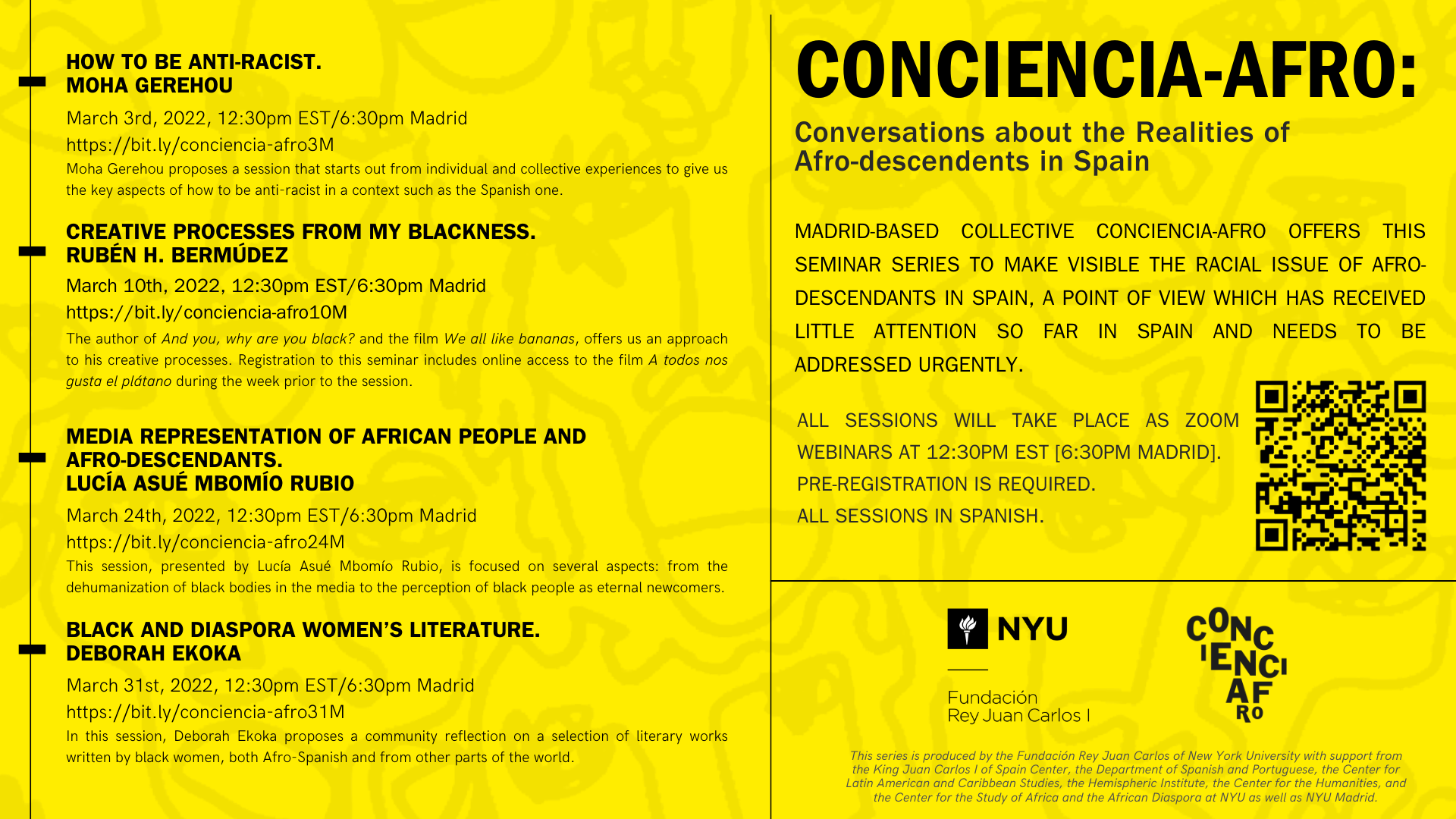