On April 13, 2002, Hugo Chávez made a triumphant return to the presidential palace after a 47-hour ouster. Though short-lived, his removal from office marked a turning point for his presidency, the country, and the region.

On the 20th anniversary of the failed coup, this event revisits the significance of April 2002 for Venezuela, the Americas, and the larger Left. Building on the conversations in the latest issue of the NACLA Report, “Chavismo Revisited,” this event brings together Venezuelan scholars and activists to discuss the promises and contradictions of the Bolivarian Revolution over the past two decades and how the country and Chavismo got to where they are today.

This event is organized by NACLA and co-sponsored by CLACS at NYU.

Published since 1967, the award-winning NACLA Report on the Americas is a quarterly magazine of news and analysis. It is the oldest and most widely read progressive magazine covering Latin America and its relationship with the United States. Centered around their unique "Report" section, which examines a single topic in depth, the magazine offers comprehensive, analytic coverage of Latin America not found anywhere else in the English-language press. 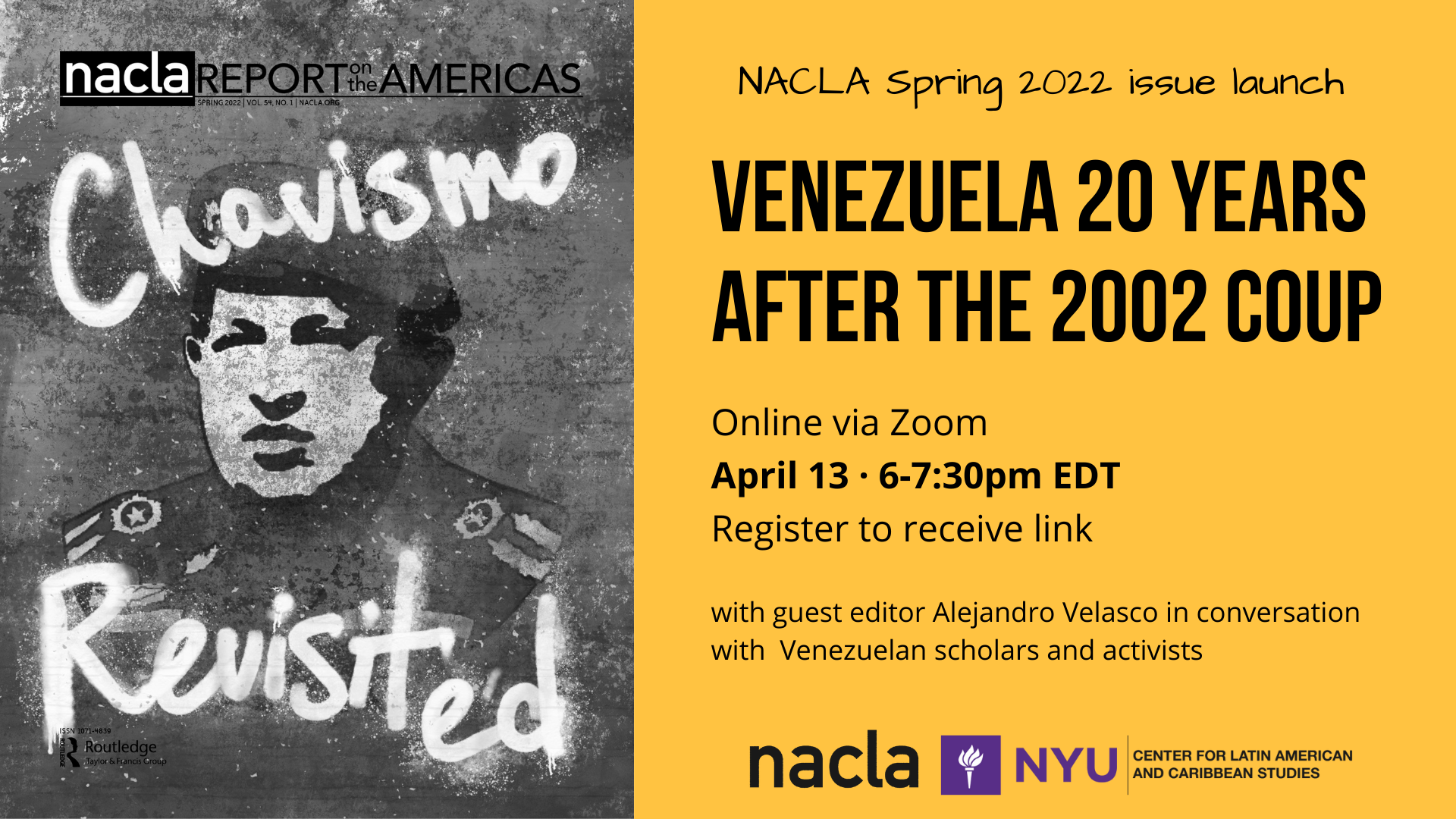