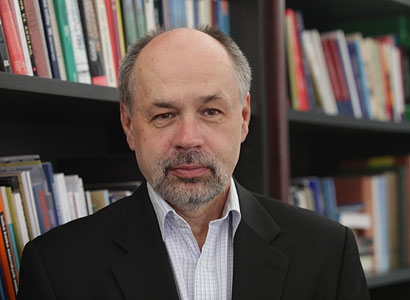 Jiří Pehe is the Director of NYU Prague. He teaches at Charles University, where he earned a doctorate in law. A political refugee in the US from 1981, he graduated from the School of International Affairs at Columbia University in 1985 and later was the Director of Central European Research at Radio Free Europe/Radio Liberty in Munich, Germany. He was the head of the Political Cabinet of Czech President Václav Havel in the late 1990s. He is a member of the Research Council at the International Forum for Democratic Studies, the National Endowment for Democracy, Washington, D.C. Pehe is the author of hundreds of analytical studies on developments in Eastern Europe and transition to democracy, as well as a political commentator for Czech and international media. He has written and edited five books on politics as well as a volume about the Prague Spring. He is also the author of three novels.