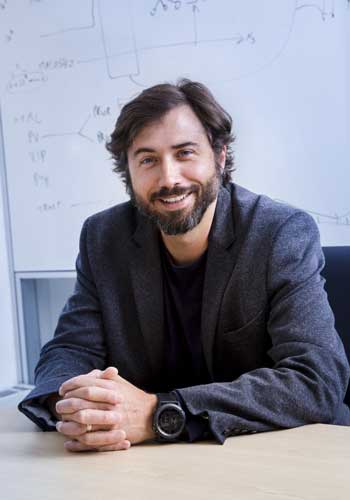 Rich Bonneau, Professor of Biology and Computer Science, is the new director of the NYU Center for Data Science.

Rich has been a Professor of Biology and Computer Science at NYU since 2005 and an affiliated faculty member of the Center for Data Science since its establishment in 2013. His research uses data science to solve problems in two areas of computational biology: learning biological networks, and predicting and modeling protein structures. Rich was one of the initial authors of Rosetta, now one of the world’s most powerful computational tools for predicting and designing protein structures and for helping biochemists design new life-changing proteins. Rich also uses genomics data to learn and understand biological networks and he is also a leader of the Social Media and Participation Lab (SMaPP).