The United States Senate Appropriations Committee conducted a site visit to CGSB professor Jane Carlton's seven year NIH project in India, from August 8-12, 2011.
Carlton's project, the "Center for the Study of Complex Malaria in India" is one of ten International Centers of Excellence in Malaria Research--multi-investigator and multi-million dollar cooperative agreements awarded by the NIH in 2010. The project, along with the National Institute of Malaria Research that Carlton collaborates with in India, was selected by the NIH as a site they want to show-case for this Senate Appropriations Committee delegation. The delegation toured Carlton's lab facilities and met with NIH-funded students at the NIMR headquarters in New Delhi, India, and then four days later toured one of NIMR's field stations in Chennai, in the south of India, where Carlton's team collects blood samples from local patients attending the malaria clinics.
Carlton accompanied the Senate Committee, and provided context and narrative during their visit so that the committee could see what ground-breaking genomics research and scientific capacity-building the team is achieving with US federal funds. 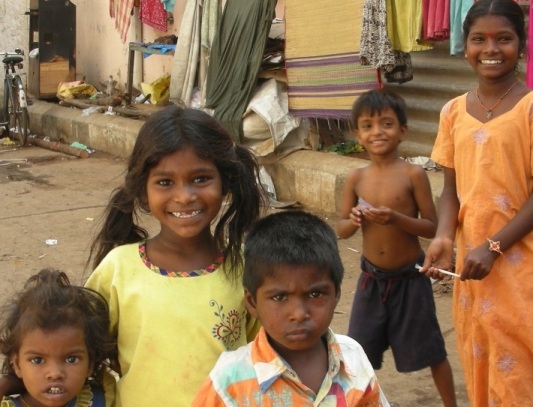