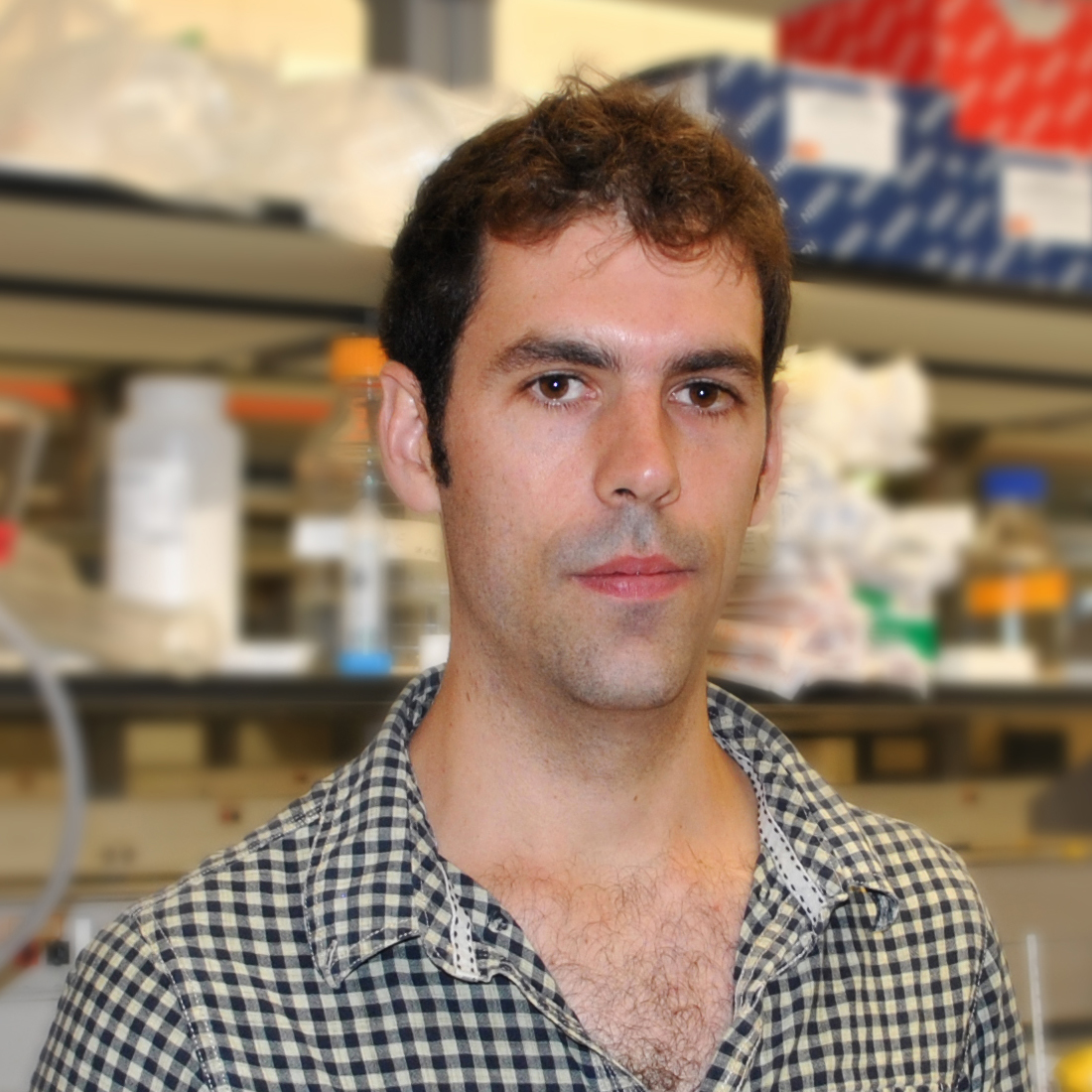 Broadly, we are interested in the mechanism and consequences of asymmetric DNA replication

As a consequence of the antiparallel arrangement of the two strands of the double helix and the 5'-3' polarity of DNA polymerases, DNA replication is intrinsically asymmetric. Only one parental strand at the replication fork can be continuously replicated: the other – the lagging strand – is discontinuously synthesized via the iterative generation, processing and ligation of Okazaki fragments to generate an intact daughter strand. In each S-phase, mammalian cells generate around 20 million Okazaki fragments: we are interested in the molecular mechanisms underlying this remarkable process, as well as the various potential consequences of the asymmetric mechanism by which DNA is replicated. 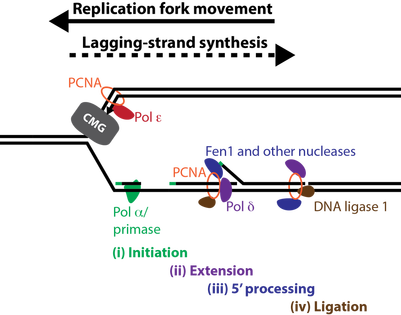 Lagging-strand synthesis requires a coordinated sequence of several enzymatic activities (Fig. 1). Each Okazaki fragment is (i) initiated by Pol alpha/primase and (ii) subsequently extended by DNA polymerase delta (Pol delta); the 5’ end of the preceding fragment is (iii) displaced by ongoing Pol delta synthesis and degraded by one of several nucleases; finally, (iv) DNA ligase joins the fragment to the nascent daughter strand. My lab is working on several broad questions related to the regulation and coordination of lagging-strand synthesis, which we investigate using a combined genetic, biochemical and genomic approach, generally in the model yeast S. cerevisiae but with occasional forays into more exotic territory.

Things we're currently working on and/or interested in include: