Director, Center for the Study of Human Origins Uli has worked in the Anthropology Department for over ten years. He troubleshoots the technology around the and is in charge of ordering computers, furniture, and many of the research supplies. He is involved with the Telecommunications Office in setting up voice mail as well as moving phone numbers to specific offices. As the Lab Supervisor, he maintains and updates classroom and lab computers and helps with audio-visual aspects of the classrooms. These computers, as well as those of the faculty and staff, are maintained and replaced every four years through the FAS Computing program that he oversees.

Cheryl Furjanic is an Emmy-nominated filmmaker whose documentary and fiction films have screened at 150+ festivals worldwide and on television. Her most recent feature documentary, Back on Board: Greg Louganis was broadcast on HBO and nominated for an Emmy Award and Producers Guild of America award in 2016. The film also gained and audience acclaim on the film festival circuit, screening at over 40 festivals worldwide and picking up eight awards. Back on Board was selected for the American Film Showcase, a program of the U.S. State Department that brings award-winning contemporary American documentaries around the world offering a view of American society and culture as seen by independent filmmakers. Her feature documentary, Sync or Swim (2008), premiered at the Slamdance Film Festival. Her early short films include A Good Uplift (2003) a documentary about a Lower East Side corset shop and the LGBT film festival hit Bar Talk (2002) a comedy fiction film about women in bars who are too cool to talk to each other. In 2014 she was named to the OUT100—Out Magazine’s list of the most compelling LGBT people of the year. Cheryl has been teaching documentary production in the Culture & Media Program at NYU  for nearly two decades.

Assistant Director, Center For The Study Of Human Origins

Hannah Taboada has over ten years of non-profit administrative experience managing research grants, programs fellowships. She has a background in biological anthropology, having received her BA in Anthropology and Biology from Barnard College and MA in Biological Anthropology from NYU. She has also participated in paleoanthropology field research and training in Kenya and Tanzania. As the Program Administrator and Lab Manager for the Center for the Study of Human Origins (CSHO), Hannah supervises the organization and curation of CSHO’s research and teaching collections, laboratories and equipment; monitors the CSHO and Anthropology MA operating budgets and the research grants of CSHO faculty and graduate students; provides administrative support to the Center and its faculty; purchases research equipment and laboratory supplies; supervises graduate student workers and graduate and undergraduate students working in the labs; coordinates the CSHO lecture series and special events; maintains the Center’s website; and oversees and develops CSHO promotional materials and outreach activities.

Pegi Vail is an anthropologist (PhD 2004, NYU), filmmaker, and curator whose academic work has focused on visual anthropology, Indigenous media and on the role of storytelling to the political economy of global tourism. She is the Co-Director at New York University’s Center for Media, Culture and History. Her award-winning documentary Gringo Trails looks at the long term cultural and environmental effects of travel and tourism. The film has been broadcast and released theatrically in the USA and internationally. Vail teaches documentary filmmaking through the NYU Department of Anthropology’s Program in Culture and Media and has previously taught in NYU's Performance Studies Program as well Columbia University's Anthropology Department. She is a former Fulbright scholar who has lectured on travel study tours with National Geographic and Smithsonian, and is a seasoned lecturer on tourism and visual anthropology at museums and universities internationally. As a curator, she has collaborated with colleagues at NYC arts and cultural institutions such as the National Museum of the American Indian, American Museum of Natural History, the Museum of Modern Art (MoMA), and through organizations such as the The Moth, the storytelling collective she was a founding board member and curator for, and storytelling alumna. Vail serves as a judge for the International Documentary Association Awards and has served as a judge for National Geographic’s World Legacy and World Travel Tourism Council's Tourism for Tomorrow Awards. 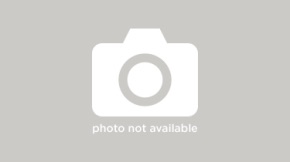 Star Jimenez is the Undergraduate Administrative Aide who helps course planning as well as maintain the department website.