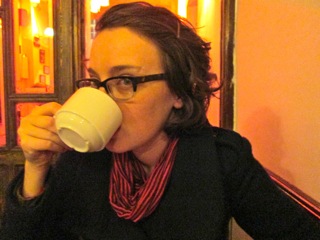 Irina Levin is an anthropologist whose research and teaching interests are in migration studies, the anthropology of law, the political theory of sovereignty and mobility, gender and labor studies, and Eurasian and Middle Eastern studies. Irina is the Associate Director of the Melikian Center and Director of its Critical Languages Institute at Arizona State University.

Irina's ethnographic fieldwork has been with a forcibly displaced community in Azerbaijan, Georgia, and Turkey. This work is focused on issues of disputed citizenship, legacies of displacement, narratives of collective trauma, and the social and political work of identity documents. As both states and individuals try to establish and maintain security in precarious times, displaced people's efforts to make legal and moral claims highlight key tensions in human rights, immigration, and citizenship law. Irina's work traces these tensions as they echo across both “east” and “west,” market and command economies, and national law and humanitarian praxis.

In August 2019, Irina launched her new research project with women from the former Soviet Union working in Turkey.