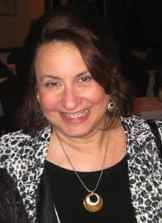 Joan Garey current serves as Toxicologist and Site Manager at the Chemical, Biological and Environmental Center of SRC, Inc.  in Arlington, VA.  Upon completing her degree in 1999, she held a postdoctoral position in the Laboratory of Neurobiology and Behavior at Rockefeller University under the direction of Dr. Donald Pfaff for three years.  In that position, she followed up on her dissertation interest in the potential effects of phytoestrogens on primate behavioral ecology with a study on the effects of a phytoestrogen on non-reproductive behavior in mice.  She also worked on the development of a behavioral assay for mice using a semi-natural environment intended to mainly evaluate mating and reproductive behaviors.  She then went on to a four-year postdoctoral position at the National Center for Toxicological Research, an FDA laboratory in Jefferson, Arkansas.   In this position she investigated the developmental neurotoxicity of acrylamide, a food toxicant, in rats.  The result of the acrylamide studies may have important ramifications for human health and potentially providing insight into recent human evolution, as acrylamide is nearly ubiquitous in modern human diets.  It is found in foods containing carbohydrates cooked at high temperatures that also contain the amino acid asparagine.  As such, acrylamide is found in potato chips, French fries, other fried foods, baked goods, cereals and coffee, as well as cigarette smoke.   Acrylamide may affect human cognition as well as the development of cancer and is one of several toxicants produced by cooking which may have altered the future course of human evolution.   Joan began working at SRC in 2008, where she contributes to hazard and risk assessment of numerous environmental toxicants, both natural and anthropogenic, in ways that may ultimately impact the regulation of their use and production.