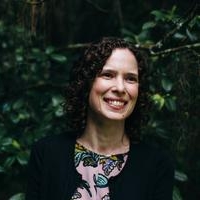 Dr. Kristin Dowell’s research explores the intersections of media technology, artistic practice and activism for Indigenous rights and social justice. For the last fifteen years she has engaged in collaborative community based research with Indigenous filmmakers, artists and activists in Vancouver, Canada. She is the author of Sovereign Screens: Aboriginal Media on the Canadian West Coast (2013) an ethnography of Aboriginal visual sovereignty through on-screen film aesthetics and off-screen production practices. Her articles have appeared in the journals American Anthropologist, Anthropologica, Studies in American Indian Literatures (SAIL), and Transformations and in edited volumes, including Native Art of the Northwest Coast: A History of Changing Ideas, winner of the 2015 Canada Prize in the Humanities. She is currently working on a research project that explores the experimental digital media practices of Indigenous women filmmakers.

Kristin has worked for several Native film festivals including those sponsored by the Smithsonian's National Museum of the American Indian and the Museum of Modern Art in New York. She was the co-founder and co-organizer of Native Crossroads Film Festival and Symposium at the University of Oklahoma where she served as the primary film curator for three years.