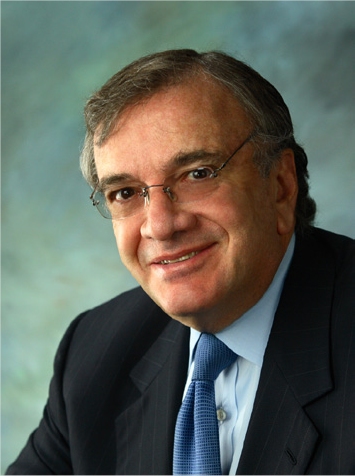 Gerald R. Sigal is the founder and chairman of SIGAL Construction Corporation, an award-winning general contractor headquartered in Arlington, Virginia. He received a Bachelor of Science degree in Civil Engineering from NYU and a Construction Management AAS Degree from New York City College of Technology. Gerry’s career spans more than 50 years, starting with a 17-year tenure with Tishman Realty Construction Company of New York and culminating with the establishment of his own general contracting company in 1977.

Forged by his own matriculation from field supervision to all facets of project management, Gerry’s philosophy is centered on the belief that service, integrity, and respect are vital components in providing quality construction services for the commercial real estate market—both public and private sectors. His personal philosophy is the foundation of SIGAL’s corporate culture and extends to its relationships with clients, employees, subcontractors, and vendors. Resonating with all members of the SIGAL Team, this shared mindset has fostered the growth of long-term client relationships, management staff, and the corporation itself into one of Washington’s premier commercial construction companies. Today, SIGAL is a multi-talented organization with over 100 employees whose technical and professional training includes both architects and engineers. With an average of 35 projects in some phase of development or construction at all times, SIGAL is also consistently ranked amongst the Top 10 General Contractors throughout the Washington Metropolitan area as researched and gathered by Washington Business Journal.

A native of New York City, Gerry and his wife, Dr. Ellen Sigal—founder and chairperson of Friends of Cancer Research, have made Washington their home. Their family includes two sons and two granddaughters. Gerry’s passion and philosophy for service have extended into his own civic commitments which include presidential appointments, industry associations, and institutions of higher learning. In 2005, he was honored with NYU Colleges’ Alumni Distinguished Service Award and spoke at NYU’s commencement exercises that year. The following is an overview of Gerry’s community involvement: