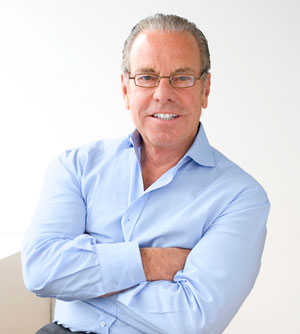 Frank Ginsberg has led Avrett Free Ginsberg longer than any other CEO of a major advertising company. He has helped build Avrett Free Ginsberg from a $25 million creative boutique to a $520 million full-service advertising agency.  AFG has offices in NYC and Los Angeles; and has recently opened offices in Geneva, London, Spain, Milan, Paris, Russia, Latin America, Brazil, and Argentina.

At the same time, Frank has originated advertising that is unfailingly fresh and distinguished by its differentiating power.  He is a rare individual who is as comfortable with complex business issues as he is with creative challenges.

Frank sits on the board of directors of The Children’s Hearing Institute, the AAAA Creative Committee, The Ad Council, The American Hospital of Paris Foundation, and The Acting Company.

The Children’s Hearing Institute bestowed their highest honor, the Jule Styne Humanitarian Award to Frank for all his charitable contributions.  The evening event generated 1MM in donations.

He has served as a judge for many of the Advertising industry’s creative award shows, including the ANDY, Cannes Lion, Art Directors Club, CEBA, AAF ADDY and AAAA O'Toole awards.