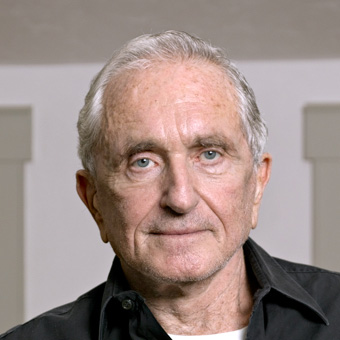 Arthur L. Carter was born on December 24, 1931, in New York City. Trained as a classical pianist, he continued his studies in French Literature at Brown University and received his A.B. in 1953. Mr. Carter served for three years in the U.S. Coast Guard as a Lieutenant, Junior Grade and was honorably discharged in 1956. Thereafter, he went on to the Amos Tuck School at Dartmouth College and obtained his M.B.A. in Finance in 1959.

In 1981, after a 25-year investment banking career, Mr. Carter founded the Litchfield County Times and six years later The New York Observer. Carter has held adjunct professorships in philosophy and journalism at New York University, where the Arthur L. Carter Journalism Institute was and is currently a life trustee of New York University.

Arthur Carter has been a featured solo artist at many galleries, including the Tennessee State Museum in Nashville, the Grey Art Gallery and 80WSE Galleries at New York University in New York City, and the New Britain Museum of American Art in New Britain, Connecticut.